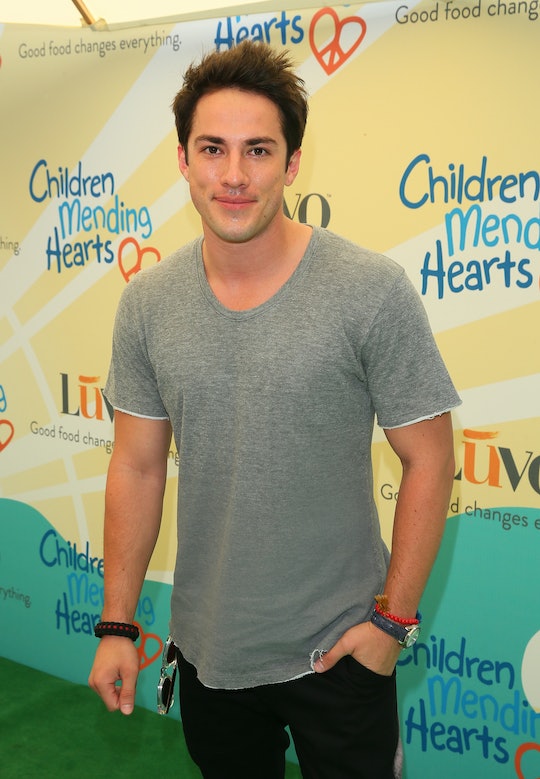 Will Michael Trevino Return To 'The Vampire Diaries'? Tyler Lockwood Could Still Come Back

Now that it's been confirmed that Tyler Lockwood is dead on The Vampire Diaries, many fans are understandably devastated, not just at the loss itself, but also because it was done by Damon's hand. How can viewers expect him to come back from this? Could Stefan, Caroline, and Bonnie ever truly forgive him for this unthinkable act? It's a dark rabbit hole of questions to tumble down, and yet there are still some out there who may be trying to hold out on some sort of hope that Tyler isn't necessarily gone for good. So will Michael Trevino return to The Vampire Diaries? Surprisingly enough, there are a few ways that could get him back on our small screens and into Mystic Falls once again.

First of all, let's not forget that TVD has always been a huge fan of flashbacks, so it's possible Tyler could show up for a few scenes that have taken place in the past. Maybe Caroline recalls a fond memory of him or Damon starts to feel guilty and looks back on all the times Tyler had helped them out. Either way, it'd be the perfect opportunity to see Trevino alive and well on the show, where he belongs.

Then, of course, there's the fact that Season 8 is currently delving into aspects of hell on the series. In fact, viewers only just saw Georgie get sucked up into the darkness shortly after her death. Combine that along with the introduction of Cade (aka the devil himself) and fans may be taking a trip to the underworld in the very near future. Granted, that would indicate that I think Tyler is in hell, which I very much doubt would be the case. He was a good guy, after all. But if the series is talking about some sort of underworld, then the afterlife in general certainly isn't off limits. Maybe the gang will find a way to bring loved ones back to the land of the living, which would be great news for our favorite former werewolf.

And then, if all else fails, there's still a decent chance Tyler could show up some point when The Originals returns. I know there's going to be a five-year time jump to kick off the fourth season, but maybe viewers will be treated to flashbacks as a way of catching up on what the Mikaelsons have been going through since fans last saw them. One of those flashbacks could easily include a Tyler cameo. You never know!

The point is, though, not to worry. If Trevino is ready and willing to return, then there are still plenty of opportunities to bring him back onboard.