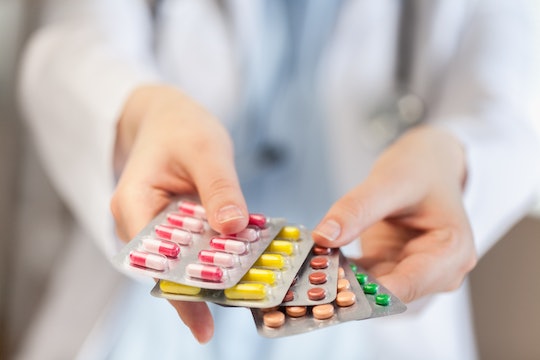 Finding the right antidepressant medication takes time, money, and experimentation. Once a certain pill works, you don't want to risk making those meds less effective. That said, taking something like birth control can have all sorts of side effects. So will my antidepressants still work if I'm on birth control, or do different types of birth control interfere with this medication at all? Understanding drug interactions is a complicated task, especially for people without pharmacology degrees.

To begin, it helps to understand how antidepressants work. In general, a brain uses chemical messages sent between neurons to get stuff done, according to the National Institute of Mental Health (NIMH). Basically, everything a person does relies on these messages between neurons. They are crucial. That said, issues with depression develop when neurotransmitters do not function correctly, as further explained by NIMH. The message gets lost along the way, so to speak. To fix these communication errors, antidepressant medications help balance the chemicals in the brain, according to Healthline. It makes sending and receiving those messages easier.

With a boost from medication such as Zoloft or Lexapro, the neurotransmitters can communicate effectively and decrease the symptoms of depression. That said, finding the right antidepressant depends on your individual symptoms, health conditions, and potential drug interactions, according to the Mayo Clinic. It can take a lot of trial and error to find meds that effectively treat an individual's depression symptoms.

Add some birth control to the mix, and the potential drug interactions get complicated in a hurry. In general, though, it's safe to take birth control and antidepressant s at the same time and, in some cases, hormonal birth control seems to ease the symptoms of depression, according to the American Academy of Family Physicians. But the number of variables in this situation cannot be overstated.There are a dozen antidepressant medications available in the United States, each with its own set of potential side effects, according to WebMD. Furthermore, there are a tremendous number of contraceptive methods available, including the pill, IUDs, patches, and rings, according to the Eunice Kennedy Shriver National Institute of Child Health and Human Development. Each antidepressant may have a slightly different interaction with each type of birth control, and these effects can vary from person to person. It makes your head spin. With this in mind, you should work with your doctor to find the antidepressant and birth control medications that perform best with your individual health needs.