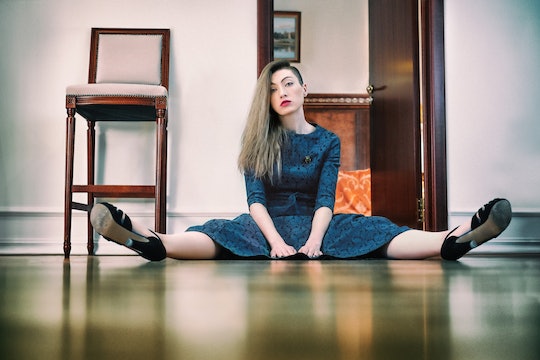 Why Your Vagina May Be Looser Postpartum

Moms-to-be have so many reasons to be happy, but it's not uncommon for their minds to become filled with worrisome and intrusive thoughts as their due date approaches. One concern that many women are too embarrassed to ask their doctor is, "Will my vagina really be looser after having a baby?"

Unfortunately, there is no simple, across-the-board answer to this question. According to a Psychology Today piece by journalist and sex counselor Michael Castleman, for some women, especially those in their late teens and early 20s, the vagina typically returns to very close to its normal state around six months after childbirth. However, after multiple births, the vaginal muscles of a young woman can fatigue and no longer fully contract.

Another thing that causes vaginal muscles to fatigue is age. Even women who have not delivered a child may complain of vaginal looseness as they get older. Because so many women today are waiting until their 30s and 40s to have children, Castleman write that it's possible to notice persistent looseness after having just one child. Other factors such as genetics, the size of your baby, and the number of children you've had also have an effect on the elasticity of your vaginal muscles, according to Baby Center.

If after several months of practicing your Kegels you do not feel a difference, make an appointment with your doctor to discuss other treatments such as vaginal cones, or electrical stimulation of the vaginal muscles through a urologist's office.