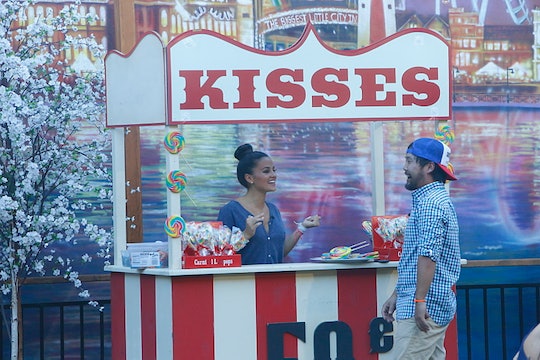 Will Natalie & James Break Up After 'Big Brother'? Distance Is Working Against Them

When trapped in a house with no outside contact and 15 other people, it's not all that surprising that relationships, also known as showmances, begin to develop. In Big Brother showmances are a big part of the show and also the cause of a lot of drama in the house. Although there have been some showmances that have lasted past the show, there are many more that ended once the couple left the Big Brother house. One of this season's biggest showmances is Jatalie but will Natalie and James break up after Big Brother ends, or can they be another one of those couples that makes it last?

It's highly unlikely that Natalie and James will be anything more than friends after they leave the Big Brother house. For one thing Natalie will be going back home to New Jersey after the show, while James will be heading back to Texas. That's a big distance to cover to try to make a relationship work. Additionally, both James and Natalie have said that they'd be happy being just friends once Big Brother ends. It would be a great surprise if these two actually tried to maintain a relationship outside of the house.

Whether or not Natalie and James make it last outside the house, many fans are beginning to question their relationship inside the house. Natalie has been accused multiple times of just using James to make it to the end of this game. Natalie denied these claims when Paulie brought it up in the house but it seems fans are now beginning to come to the same conclusions. So is Natalie really using James or are her feelings for him actually genuine? It's hard to tell. Natalie is naturally friendly with pretty much everyone in the house, but having James on her side is definitely an advantage to her game. Then again, she's an advantage to his game, too.

If she has been faking it this whole time that would be heartbreaking for James but based on the way these two interact with each other it's hard to believe Natalie's feelings aren't real. We'll just have to wait and see to find out the truth. For now, though, the Jatalie ship is still sailing strong.