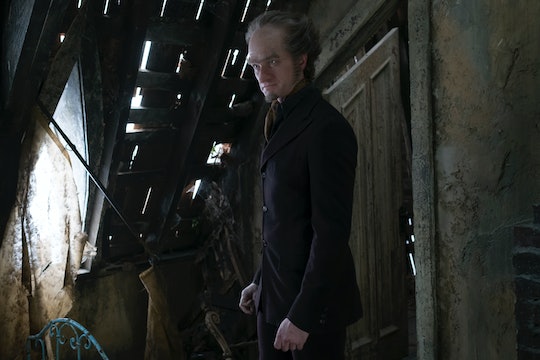 NPH's Kids Know All About His 'Unfortunate' Role

The character Neil Patrick Harris plays in Netflix's A Series of Unfortunate Events is a particularly odious one. As the villain of the series, Count Olaf is an arrogant, delusional man who should never have been given custody of the three Baudelaire children, whom he treats like servants and spends the entire time tormenting. Count Olaf wants the children's inheritance and he will stop at nothing to get it, no matter how dastardly the deed – even if it's murder. Since he's such an awful man who commits so many awful acts, it would be understandable if the actor who played him was worried about his own kids watching their parent be such a jerk. So will Neil Patrick Harris' kids watch A Series of Unfortunate Events?

According to Harris, they already have. While at age six, Harris' twins are a little too young to read the series themselves, but they have seen at least the first two episodes. "We just had a cast and crew screening of it in Vancouver and they saw that," Harris told the A.V. Club. "They thought it was fun — fun and silly and strange. I think the vocabulary of the books is a little advanced for them. I would say to wait a couple of years, but I think because I'll be on the show, they'll probably end up watching them all and then reading the books later."

Harris' children have also had the inside scoop on everything that happened behind the scenes because they FaceTimed with their dad while he was filming. They got a glimpse at how the show was made, though Harris did joke that seeing him in all of his various disguises and costumes (a Count Olaf trademark) "will be some child psychologist's dream come true."

While it was sometimes jarring for them to see him dressed up as so many bizarre characters, it was mostly his humorous character voices that bothered them. "They hated when I do the voices, which is funny, I looked like a hot mess," Harris told the Press Association. "I would call and be Shirley St. Ives from episode seven and eight and had a red wig and lipstick and freaky eye makeup and they were nonplussed by it unless I started talking in the voice. Then they would be like 'Stop it! Poppa, talk like a normal person!'"

After seeing their dad play so many fun and unusual characters over the years, seeing him with a fake beard or a red wig was probably just a regular day for Harris' children.