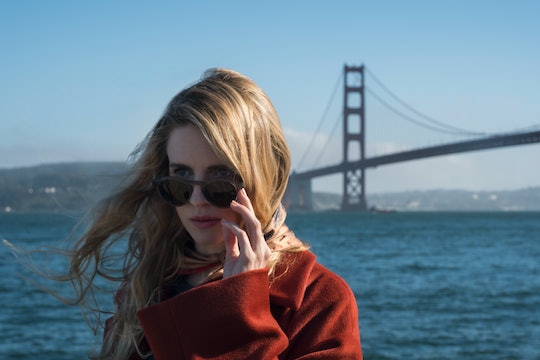 Fans Were Heartbroken Over The End Of 'The OA'

When The OA was cancelled by Netflix after two seasons, fans of the show were devastated. They made a concerted effort to encourage the streaming service to bring The OA back, including cancelling their accounts in protest and putting up billboards. But was that enough to inspire Netflix to bring back The OA?

It doesn't look like it. Series creator and star Brit Marling wrote a lengthy response to heartbroken fans on Instagram in which she made it clear that Netflix would "not be continuing The OA." She went on to say that while she and co-creator Zal Batmanglij could not finish this particular story, they would go on to tell others; telling stories was Marling's most effective coping mechanism. "And maybe, in some ways, it's okay not to conclude these characters," she finished. "Steve Winchell [Patrick Gibson] will be suspended in time in our imaginations, infinitely evolving, forever running after and finally reaching the ambulance and OA."

There was a definite note of finality in Marling's message, so it doesn't look like The OA will be getting another chance at life on Netflix. Some fans had been hopeful for a movie to tie up loose ends, but Refinery29 reported that a movie wasn't in the cards, either.

That may be because there were too many storylines to wrap up in the two hours a movie would take. Marling and Batmanglij initially had a five year plan for The OA, according to Cindy Holland, the Netflix Vice President of Original Series. "The OA is fantastic," Holland told IndieWire in 2018. "I think from the very beginning, when Brit and Zal pitched us a five-season arc, we were really excited and sat at the edge of our seats when they started talking about Season 2. I've seen some early cuts and the fans will be very happy."

The cancellation is especially surprising in light of that. If there was a plan for multiple seasons and Netflix was happy with how the show was going, then it's strange that it would be cut so abruptly. But it could be a question of viewership. Though The OA has a dedicated audience, the number of viewers could have been too small to justify continued production. But Netflix doesn't release its viewership numbers, so that theory will have to remain unconfirmed.

Fans were so disappointed by the show's unexpected end that they launched several campaigns to show Netflix just how they felt. There was a planned date of mass subscription cancellations, per Newsweek, but that wasn't all. Fans also raised over five grand in just 24 hours to put up a billboard in Times Square, according to the Los Angeles Times. There were flash mobs planned too, to take place near the billboard and by Netflix's New York offices. Unfortunately, it doesn't look like Netflix will be reversing their decision to ax The OA. Anything could change in the future (more than a few shows have unexpectedly come back to life in recent years), but right now it looks like The OA has reached the end of its road.