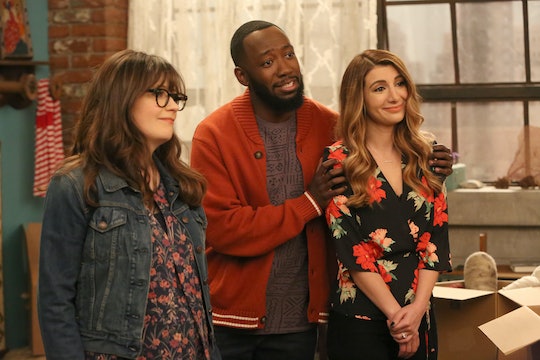 'New Girl' Fate Remains Up In The Air

The Season 6 finale of New Girl is almost upon us, and many fans are questioning whether their favorite show will be coming back for a new season, especially considering the fact that FOX has yet to announce a renewal. So will New Girl return for Season 7? Turns out, the April 4 finale may serve as a permanent goodbye for the series.

You may fear that you won't get the closure you need from the intertwined story lines of Jess, Cece, Nick, Winston, and Schmidt. I mean, how could the show go six seasons without an ending that longtime fans like us deserve? The producers wouldn't do that, would they? Jake Johnson, who plays Nick, cleared the air and showed that there's really no reason to worry since the Season 6 finale may give you all of the feels that you need.

In an interview with The Daily Beast, Johnson said the New Girl cast shot a finale where, if this was the end, the core fan base would be "OK." That's not exactly comforting since the idea of saying goodbye to these characters is almost too horrible to bear. But it's at least somewhat nice to know that the series would wrap things up in a way viewers would approve of. This means the show has to address the questions that are on everyone's mind: what will happen to Nick after his break up with Reagan? Is there a future for Nick and Jess after all? These are all things that need to have clear resolutions if fans can even attempt to deal with this series taking a final bow.

There has been some speculation on whether Nick and Jess will rekindle their romance. While this could just be fans' wishful thinking (I agree though, I want to see it happen too), it would seemingly be the perfect curtain call for the show that started all the way back in 2011. Thankfully, the executive producers of New Girl feel the same way though. In an interview with TVLine, producer Brett Baer said it would be disappointing to have New Girl end without giving the audience a satisfactory conclusion to the Nick and Jess storyline that has been the engine of the show since Season 1. The very same engine that has kept fans chugging along for more than five years.

So, be sure to catch up on any missed episodes as you prepare to watch the Season 6 finale unravel. But more importantly, keep those fingers crossed with me for a Season 7 (I'm looking at you FOX). The Los Angeles group of friends will live out their potential fate on Tuesday, April 4 at 8 p.m. ET.