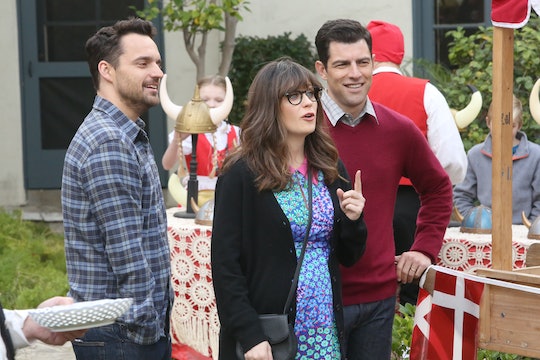 Nick & Jess May Still Be Endgame On 'New Girl'

Nick and Jess have been a classic will-they or won't-they couple since the moment Jess moved into the loft. Though they did date for a while, their relationship ultimately came to an end. However, at the end of Season 5, Jess realized she was still in love with Nick and now it seems she's finally ready to tell him. So will Nick and Jess get back together on New Girl? Fans certainly hope so.

When Jess realized she was basically the glue holding Nick and Reagan's relationship together, she ran off to Portland to put some distance between herself and Nick's relationship. However, after her father talked to Nick and confessed to Jess that he believes Nick is still in love with her, whether he realizes it or not, she decided it was time to finally go back home.

In the description for Tuesday night's Season 6 finale episode, it states that "Jess believes the time is right to let Nick know how she feels about him." Though Nick hasn't come out and said he still has feelings for Jess, there's been clear signs that he does. Besides his phone call with Jess' dad, when Reagan was asked to describe his book and she couldn't come up with anything, Nick used Jess' description for the book. He always turns to her for guidance and relies on her opinion pretty much all the time. In short: she's one of the most important people in his life.

Also, the reason Jess and Nick broke up was because Jess wanted a serious relationship and Nick wasn't there yet. He was happy just working at the bar and having no plans for the future. However, Nick's changed. He broke up with Reagan because he realized they didn't talk to each other about the things that mattered, something that he now wants in a relationship.

Nick and Jess are both in the same place in their lives right now. Nick finished his book and now he owns the bar with Schmidt. Meanwhile, Jess has become a principal and knows who she wants. It's obvious they're ready to be a couple again and once Jess tells Nick how she feels, there's no doubt he'll realize he feels the same.

However, this is the finale and there's always a chance that it'll end on a cliffhanger. What if Jess doesn't tell Nick how she feels until the end of the episode and fans have to wait until next season to find out his response? (If there is a next season since FOX has yet to grant the series a seventh season renewal.) That would be heartbreaking and hopefully it doesn't end up playing out that way. Fans will just have to wait and see.

The season finale of New Girl airs on Tuesday, April 4 at 8 p.m. ET on FOX.