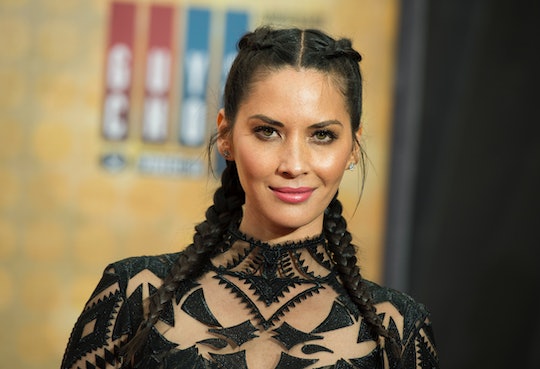 Will Olivia Munn Be On 'The Bachelorette'? Don't Get Your Hopes Up

Jordan Rodgers' celebrity connections have come up in a vague way on The Bachelorette, mostly by implication and rarely by name. Some of the guys (cough James Taylor cough) have complained about Jordan's fame-adjacent status giving him an inflated sense of self, but so far Jordan hasn't been exploiting his connections as egregiously as he could. Jordan's brother is football superstar Aaron Rodgers, who is dating actress Olivia Munn, so if Jordan ever wanted to boast he'd definitely have something to brag about. Some fans are wondering if they might make an appearance if Jordan gets as far as a home visit, which would be a big get that the show wouldn't want to pass up. But how likely is it? Will Olivia Munn be on The Bachelorette?

It wouldn't be unexpected for a contestant's brother and brother's girlfriend to show up during a hometown visit, but all bets are off when the relatives in question are as well known as Aaron and Munn. There are a few different factors at play in trying to predict how this could go but after giving them the rundown, it makes it hard to imagine that Olivia Munn will actually appear on the show.

Aaron and Munn are notoriously pretty private, so it would be uncharacteristic of them to sign up for such a highly-viewed reality TV show. And neither has commented publicly about Jordan being on the show, not even to wish him well. While popping onto The Bachelorette might be useful promo for Munn's new X-Men movie, that probably wouldn't be enough to get her onscreen.

There's also the rumor that Jordan and Aaron are not particularly close. On Katie Nolan's podcast Garbage Time, Jordan said, "Um, we have a relationship. You know, it's complicated. I'll say that." He wasn't sure if Aaron even watches the show, which doesn't seem like a good sign. Aaron doesn't feature on Jordan's social media much either, though there's no shortage of other Rodgers family members popping up. If the brothers aren't very close, then Aaron probably wouldn't make an appearance on the show. And if Aaron's not there, then count Munn out too.

Jordan's relationship with Munn might be iffy, too. Munn is close friends with Jordan's ex-girlfriend – the same one who called him out for allegedly cheating when The Bachelorette started. If Munn is on her friend's side instead of her boyfriend's brother, she probably isn't running to get in front of those reality television cameras.

It might be for the best if Munn isn't on the show, anyway. She and Aaron would draw in the viewers, but they'd also draw attention away from the point of the show: JoJo and her search for love.