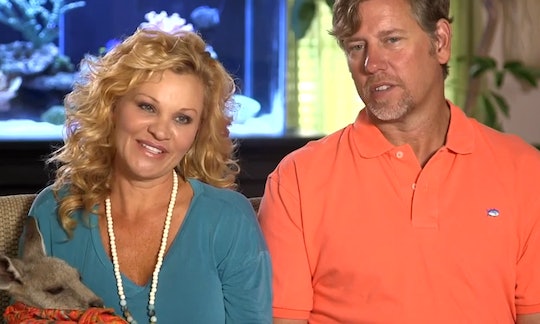 TLC's 'Our Wild Life' Has Caused Some Controversy

TLC's Our Wild Life follows Bobbie Jo and Jerry Abrams, who own a staggering 81 pets. The Abrams host everything from zebras to lemurs to llamas on their land, treating each creature like a member of the family. Watching their shenanigans unfold throughout the first season has been fascinating, but will Our Wild Life be back for a Season 2?

So far, it doesn't look like there's been an official announcement about the fate of the series. However, TLC does have a tendency to hold onto their shows for at least a couple of seasons; fans of Our Wild Life don't have to worry just yet. There's definitely a chance that the show will be back with more of the entire Abrams family, as well as the numerous furred and feathered friends they look after. There's still plenty of time for Season 1 to get enough attention to inspire a continuation.

And fans would likely argue that it's worth keeping the show around — after all, where else can you see a wolf-dog worthy of Game of Thrones sharing a house with a sloth? Adorable animals are always a good choice for TV, so the audience of Our Wild Life would certainly welcome another season.

However, the show has also caused some controversy. Good Housekeeping reported that some viewers were concerned for the safety of the animals living in the Abrams home. Twitter user @liberal_parnell pointed out that it didn't seem like new animals were kept quarantined from others to prevent the spread of disease among them. They also thought it could potentially be dangerous for such different animals to be kept together in one place.

Brittany Peet, the PETA Foundation Director of Captive Animal Law Enforcement, shared those worries. As she explained to Good Housekeeping:

A human household is no place for dozens of animals who all have unique needs and temperaments and require expert care. In the first episode alone, the family members allow a variety of species to roam loose around the home — where they could easily injure themselves or others — and even take a baby kangaroo into town for a trip to the grocery store.

The Abrams run a business called It's A Zoo Life that hosts events (including school and daycare field trips, corporate picnics, and grand openings, according to their website). They also have a day camp for kids aged preschool to teen who can get to know the animals in person. "Campers learn the responsibilities of caring for our animals by assisting with feeding and grooming, along with education regarding their origin and unique characteristics," their site states. "They spend time each day within the animals habitats getting to know their own individual personalities."

The Abrams' 81-animal menagerie began after Bobbie Jo's first rescue inspired the family to adopt even more animals. Her husband told WITN that while they do purchase some of the animals, most of them were rescues. Bobbie Jo reiterated that in the show saying, "No one else wanted them." They soon become part of the family, even accompanying the Abrams on errands and vacations. While it's easy to see why the situation is worrying, the Abrams' site has assurances to offer:

We are a USDA licensed facility and highly trained to care for each of our unique animals. All of them are up to date on their shots and received lots of daily attention from our staff.

A second season might give Our Wild Life time to explore the day to day running of the Abrams' zoo in more detail, answering any questions that viewers still have about how it all works. But everyone will have to wait and see if the show continues after its first season is done.