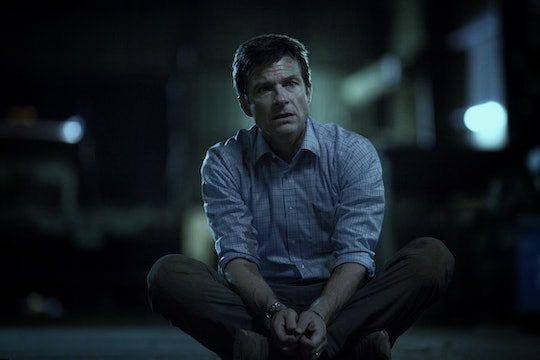 More Of Netflix's 'Ozark' Could Be On The Way

Another week, another new Netflix series to binge watch. This week it's Ozark, a new dark drama starring Jason Bateman and Laura Linney. As is the case with most Netflix shows, the entire first season is released all at once, leaving some to wonder, will Ozark return for Season 2? Of course, it's much too early to tell at this point in time.

Netflix hasn't made a call yet on whether or not the series will continue on after its debut season and probably won't do so for a while. Depending on how many people give Ozark a watch and the level of buzz the show gets, Ozark will either get to continue on or be another one of Netflix's recent one season wonders. Though the show hasn't generated too much buzz just yet, it definitely has the means to be a hit.

The show follows Marty Byrde (Bateman) who works as a financial advisor in Chicago while also money laundering for a Mexican drug cartel. However, in order to save his own skin, Marty convinces Del, one of the cartel's higher-ups, that it makes sense to move the operation to Missouri's Lake of the Ozarks. Surprisingly, Del agrees and Marty then proceeds to suspiciously dissolve his firm and uproot his family to the Ozarks.

Down in Missouri, things aren't great for Marty, his wife, Wendy (Linney), and their two kids. Turns out Wendy was having an affair back in Chicago and the pair now have to work together to survive, even though their relationship is fragile at best.

Besides their messy marriage, Marty and Wendy have a lot of obstacles to overcome. Not only do they have to figure out how to stay on top of their money laundering business, there's also an FBI agent trailing Marty and two local families who may be just as dangerous at the drug cartel. Clearly, there's a lot going on in this show.

Thus far, the reviews have been mixed and the comparisons to Breaking Bad have been endless. Overall, it seems the show has fallen flat for some people but they also can't help but be hooked by all the drama. For Bateman, this is a departure from the comedic roles he usually shines in, but most critics agree he plays the role well, and Linney is an excellent asset.

Hopefully, the show can find success and make it past the first season. However, for now, fans will just have to wait and see.