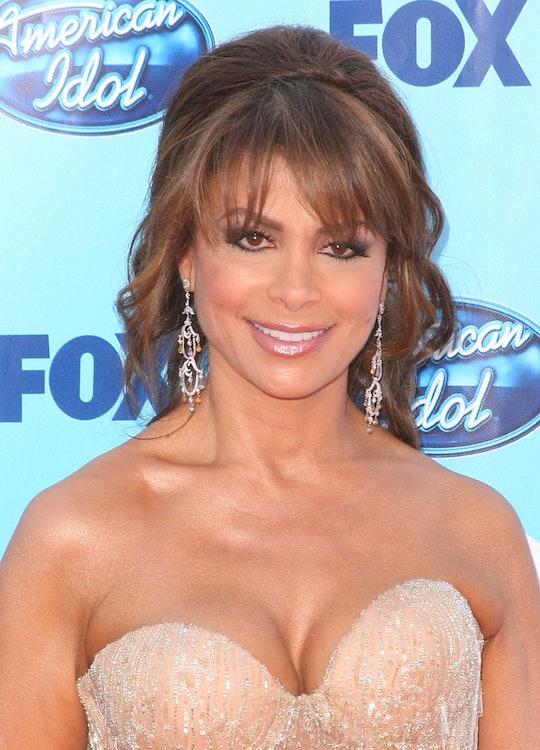 Will Paula Abdul Return To 'American Idol'? It's Very Likely Fans Will See Her Soon

Way back in 2002, American Idol began with the three OG judges, Simon Cowell, Randy Jackson, and Paula Abdul. Now, as the popular singing competition comes to a close, everyone's feeling nostalgic. This season we've already seen the return of Kelly Clarkson, the first Idol winner, and we've been blown away by the amount of talent this final season has brought. But there's one question die hard Idol fans can't help but ask. Will the original judges, Simon Cowell, Randy Jackson, and Paula Abdul return to the American Idol finale?

If you've been watching Idol since the very beginning you probably remember the amazing chemistry Simon, Randy, and Paula shared. Simon was the mean one, Randy kept it real, and Paula was always nice. Well it seems all three judges will be making a return to the show, to bid it a farewell along with everyone else.

Ryan Seacrest told E! News, "We will have the former judges back. The plan is to have all of them back. They've all considered it and I think are enthusiastic about coming back and saluting the show."

Paula is a fan-favorite judge and spent almost a decade on the show, having been a judge for eight seasons. When asked if she was returning she told ET, "I'm always last to find out if the rumors are true, but I'm sure I'll find out."

After leaving Idol, Paula went on to judge another competition show, So You Think You Can Dance, which also airs on FOX. She first was a judge on the Australia version and then made her way back to the States for the U.S. version. It was great seeing her sound advice and beautiful personality on TV again, but it would be great to see her back on Idol where it all began.

Besides the original three, there's been a long list of judges that have appeared on Idol over the years. That list includes Mariah Carey, Nicki Minaj, Kara DioGuardi, Steve Tyler, and Ellen Degeneres. It's unclear whether any of these judges will be returning as well, but I'd be interested in seeing a Mariah and Nicki reunion. Never forget their feud and perfect side eyes.

Truthfully, as long as Paula makes an appearance, the American Idol finale will be perfect in my eyes.