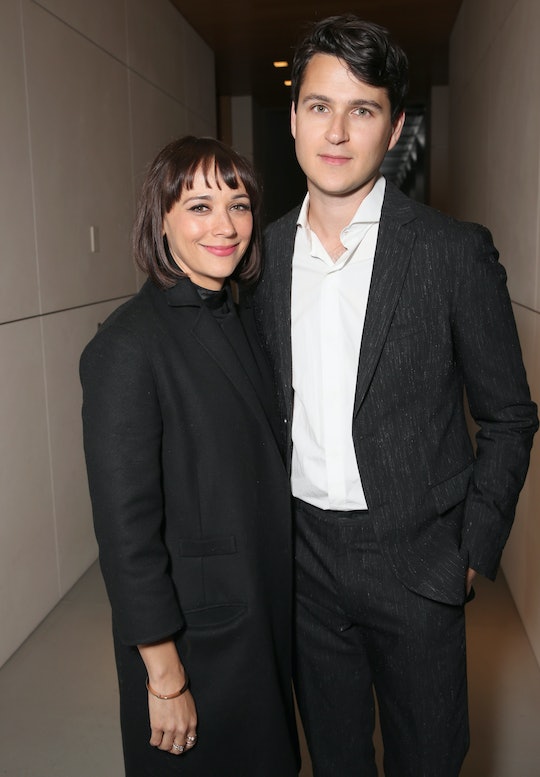 Couples will walk the red carpet tonight, either in pursuit or support of someone in pursuit of a Grammy. Power couples aplenty lend their arms to one another on this special night. So with her own partner up for multiple nominations, will Rashida Jones be at the Grammys? After all, her partner Ezra Koenig is up for several nominations this year.

Koenig — frontman for the award-winning band Vampire Weekend — has been nominated, along with his bandmates, for multiple Grammys this year. The nominations include Album of the Year for Father of the Bride, Best Rock Song for "Harmony Hall," and Best Alternative Music Album for Father of the Bride. Vampire Weekend has already taken home one Grammy for Best Alternative Music Album in 2013 for Modern Vampires of the City.

Jones and Koenig welcomed a baby boy in September 2018, according to E! News reported. The news of the pregnancy and delivery was kept under-wraps for some time and only broke once the birth certificate was made public.

It's not clear exactly how long Jones and Koenig have been together, but the first public photo of the two dates back to 2014, according to Hey Alma. They attended a party for the brand Opening Ceremony and were photographed there with Jonah Hill. After showing up together in public a few more times over the years, the first celebrity relationship news about the two of them came out in 2017. People reported on their appearance at the Sundance Film Festival, describing Koenig as Jones' "boyfriend."

"She was calling him ‘baby,’ and after her interview at the studio, she walked up to him and was hugging him," a source told People. "They were very comfortable together.”

The two have kept the details of their relationship together largely out of the media, but Jones has spoken generally about marriage and children in the past. Speaking with The Guardian in 2014, she explained that she grew up wanting to "be saved" by a relationship.

“I had the full princess fantasy: the white horse, the whole being saved from my life, which is ridiculous," she said. "What do I want to be saved from? My life’s great! But it’s just this weird thing that’s been hammered into my head culturally: That’s the only way to succeed, that’s the only thing that counts for a woman. I’m happy, but the fact that I’m not married and don’t have kids — it’s taken me a long time to get to a place where I actually am okay with that, where I actually don’t feel like I’m some sort of loser.”

She has gone on to start a family with someone she clearly cares about, but there have been no reports of wedding bells chiming just yet — which is, of course, completely fine. For now, the two are likely plenty busy supporting one another as they chase their dreams and parent their baby boy, Isaiah. And who knows, part of that support might involve accompanying Koenig to the Grammy's this evening.

The Vampire Weekend frontman is most likely looking forward to attending the special night tonight. In preparation for the big event, Koenig opened up with Rolling Stone about his first Grammys experience in 2013. "It was surreal," he told the magazine. "It’s kind of formal, so I wore a blazer ’cause it seemed like you’re gonna be on the red carpet and stuff. And then you go and you realize people dress all sorts of different ways — it’s not quite as formal as you think. So the second time we went, I felt way more relaxed. I just wore a sweater, took a few pictures, and was kind of just like, 'OK, I understand it more,' and it didn’t feel quite as high-stakes. So I enjoyed it a lot more the second time."

What this tells me is that both Koenig and Jones could be walking the red carpet tonight, hand-in-hand, dressed however they dang well please. I sure hope they are.