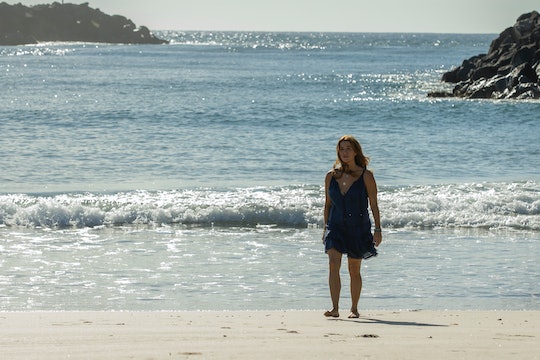 I Know You Want To Find 'Reef Break' On Netflix, But You Might Be Out Of Luck

Reef Break is turning out to be one of the hottest shows of the summer, and viewers are well into its 13-episode first season. The ABC crime drama is centered around Cat Chambers (Poppy Montgomery), a thief-turned-fixer who uses her instincts to help catch criminals on a tropical island paradise. With just a few episodes left in the season, fans who are hoping to catch up on the series may be wondering if Reef Break will be on Netflix.

Unfortunately, the only place viewers can find Reef Break is on Hulu or on ABC’s streaming and On-Demand platforms. Ever since the ABC’s parent company, Disney, assumed full control of Hulu, Deadline reported the network would be distributing most of its content to Hulu or it’s new streaming platform, Disney+.

“Hulu represents the best of television, with its incredible array of award-winning original content, rich library of popular series and movies, and live TV offerings,” Bob Iger, CEO of Disney said in a statement about the deal. “We are now able to completely integrate Hulu into our direct-to-consumer business and leverage the full power of The Walt Disney Company’s brands and creative engines to make the service even more compelling and a greater value for consumers.”

So, if you’re hoping to catch up on Reef Break, Hulu is your best bet. With a subscription, you can stream the series from it’s debut episode onward, with new episodes dropping every Friday. You can also stream the series on ABC’s mobile app or website when you sign with a cable provider login and password. ABC hasn’t announced an official date for the season finale, but with Episodes 10 and 11 airing back-to-back on Aug. 29, it looks like the finale should air on Sept. 12.

If you aren’t familiar with the show, it follows Cat Chamber’s weekly adventures, as she turns her criminal experience into an asset for a Pacific Island government. Series creator Poppy Montogomery leads the cast as Cat, and in an interview with Collider, she explained that she created the series with her dreamy beach lifestyle in mind.

“I wanted to live that beach lifestyle, so I was like, ‘How do I incorporate my job with everything that I really want to do?,’ which was to be on the beach, surf, ride a jet ski, and do a show that was fun, and not super dark,” she told the outlet. “I’ve gotten to the point where I feel like the world is pretty dark and so many weird things are going on, politically, that I wanted to do a show that was fun to act in and fun to watch.”

So, if you’re hoping to dive into the beachy tropical fun Montgomery is talking about, you’ll have turn to Hulu and ABC. I know it would be nice to find every series you love in one place, but with the evolving landscape of streaming TV, you’re going to have to get used to switching through multiple subscription services to find what you’re looking for.

More Like This
14 Baby Names Inspired By 'The White Lotus' That Deserve A Round Of Aperol Spritzes
20 Heartwarming Episodes To Help Prepare Your Child For A New Sibling
'Virgin River' Has Wrapped Filming Season 5 & OMG Is Charmaine Still Pregnant!?
Rubble From 'PAW Patrol' Is Getting His Own Spinoff Series Full Of "Messy Demolition"