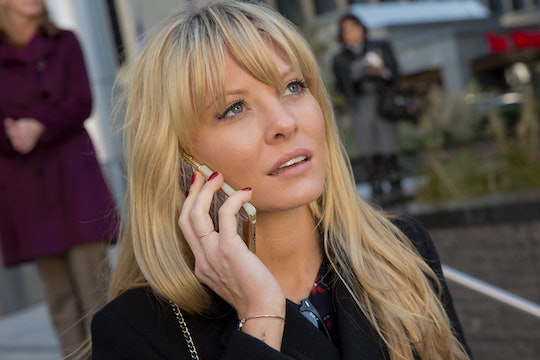 Will Rhonda Live On 'Empire'? It's Not Looking Good For Her Or Anika

The highly anticipated season finale of Empire aired on Wednesday night and it definitely didn't hold back on the drama. As promised, the show concluded with a major cliffhanger that left fans wondering — will Rhonda live on Empire? After months and months of buildup, fans finally received an answer to one of the show's biggest unsolved mysteries. Anika admitted to pushing Rhonda down the stairs during Empire's season finale, and all hell basically broke loose.

Over the course of the past few episodes, Rhonda has been experiencing sudden flashbacks to the night of the accident, revealing pieces of the puzzle that led to the realization that Anika was behind it all. Taking a page out of Cookie Lyon's book, Rhonda immediately attacks Anika with accusations and confrontations (not to mention punches), to which Anika replied with pure denial, though as the season finale progressed, it became clear that Anika was guilty.

During the last few minutes of the episode, the two get into a physical altercation, eventually leading to a confession from Anika. "You wanted that devil child to be the only heir to the throne, didn't you?" Rhonda shouted, to which Anika responded, "You're damn right I did." Cue the jaw drops. Andre storms to the scene right as the full-on brawl seems to have taken both ladies over the balcony, leaving fans in the dark as to both Anika's and Rhonda's fate.

So is Rhonda really dead? Showrunner Ilene Chaiken gives some insight on the subject, saying "All we have to go on right now is the sound of that scream and the look on Andre’s face — and that, to me, says somebody went over that railing." My prediction? Anika lives and Rhonda dies.

In the weeks leading up to Wednesday's finale, Empire has been promising that "a Lyon will fall," but never did I imagine a non-blood related Lyon to be the victim. Sadly, we'll have to wait until Season 3 to know who makes it out alive!