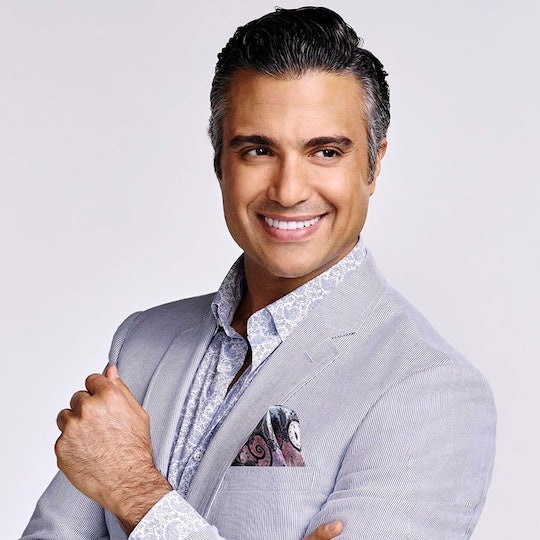 Rogelio Is Making A Big Decision On 'JTV'

It has been a long while since fans have seen their favorite characters on Jane the Virgin and it's possible you may have forgotten some things. As always, there's a lot going on in Jane and her family's lives and for Rogelio the second half of the season will be focused on him having a baby. After Xo made it perfectly clear she didn't want another kid, she and Rogelio officially broke up, but his baby fever never really went away. Enter his matchmaker, Darci, who has also wanted a kid with no romantic strings. So will Rogelio and Darci actually have a baby on Jane the Virgin?

In "Chapter 50," Rogelio had briefly considered letting go of his baby fever so he could get back together with Xo. But once he caught her making out with her former flame, Bruce, he decided it was time to fully move on. He decided to work with matchmaker Darci to find the love of his life so he could finally get the family he always wanted. However, this plan failed because he was so distracted thinking about Xo and her secret romance with Bruce. Things only got worse when Xo actually showed up during the matchmaking mixer and accused him of telling Jane about her relationship with Bruce. It was then that Rogelio announced that it didn't matter because he wasn't attracted to any of the women he'd met that day. Of course, the women were not happy to hear this.

Darci was annoyed with this epic fail and Rogelio admitted that maybe he shouldn't be looking for love right now, but that he still wanted a kid. That's when Darci made the proposition that they should have a kid together. Although Rogelio was hesitant at first, once Darci explained that she wasn't looking for any romantic attachments, he jumped on board.

While Rogelio seemed very excited by this idea, I have my doubts about whether or not this will last. I don't trust Darci and even though she claims she doesn't want anything romantically with Rogelio, that doesn't mean she doesn't want something else. This just seems like a terrible idea and though I want Rogelio to have the baby he so desperately wants, this may not be the way to go about it with a complete stranger. I mean, what does he even know about Darci? Are they really ready to raise a child together? Hopefully he figures this out before it's too late to turn back.