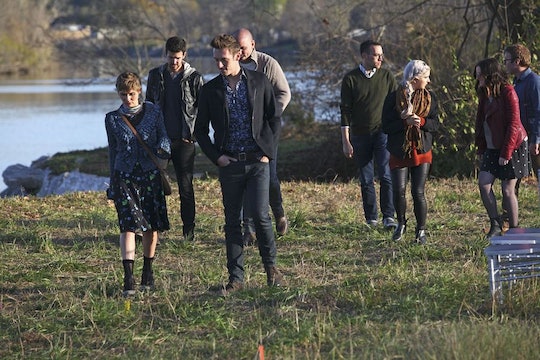 Will Scarlett & Gunnar Get Back Together On 'Nashville'? Fans Are Rooting For Them

While Rayna James and Deacon Claybourne have a twenty-year history, in terms of Nashville as a series, Scarlett O'Conner and Gunnar Scott have actually been on-again-off-again as a couple for much longer. Recently, the two have been spending time together, begging the question of if Scarlett and Gunnar will get back together On Nashville. Well, now that Rayna and Deacon are happily married, the show's primary source of will-they-or-won't-they chemistry has fizzled, at least for the time being. The spot of a new couple to root for is open, and Scarlett and Gunnar's long history makes them perfect candidates to step into the role.

After a prolonged initial flirtation, finally getting together, breaking up, and a best friend love triangle mini-drama, Scarlett and Gunnar are finally kinda sorta succeeding at being friends and writing partners again. Both characters enter the winter comeback newly single, with Scarlett awkwardly trying (and failing) to get her flirt on at the wedding, and Gunnar cutting things off with Erin, since he found out she hooked up with some other dude and felt literally no feelings about it.

Scarlett seems to have bounced back from her big breakup with the doctor (who, for the record, seems pretty on board with the rest of us who believe Scunnar is basically a done deal), since she's going out on dates with other guys. And Gunnar...well, Gunnar is feeling these feels:

And Gunnar and Scarlett have a metric ton of chemistry when they're singing and writing together — as evidenced by the fact that neither of them can seem to make music successfully without the other. They just fit each other on the same deeper, artistic level that Rayna and Deacon were drawn together on. There's no use fighting it. Look how awkwardly it goes when they try:

Hopefully, we don't have too many more tedious narrative arcs of these two trying to fight the feeling this season. All aboard the Scunnar ship!