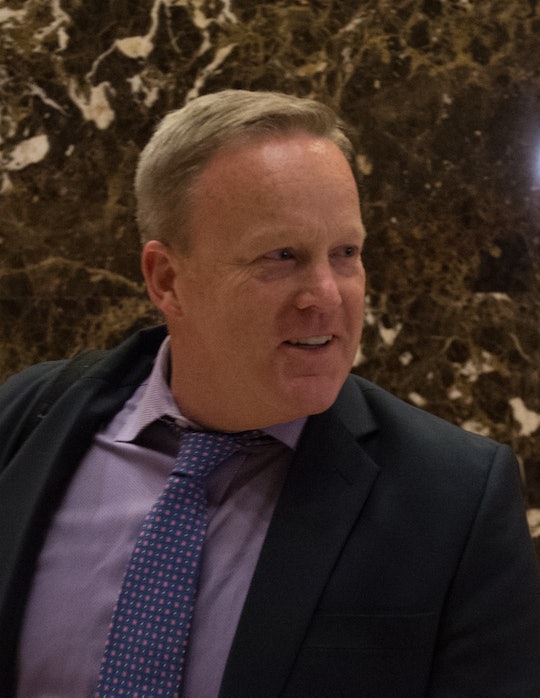 President-elect Donald Trump loved Twitter long before he was running a presidential campaign. His social media use is so legendary that many are wondering if press secretary Sean Spicer will run Trump's Twitter account or if the incoming president will do it himself. It's not clear yet exactly what the social media strategy will be, but Spicer said that Twitter is going to be "a really exciting part of the job.” The press secretary added, in an interview with Rhode Island's WPRI, that Trump's social media use "is gonna be something that’s never been seen before. He has this direct pipeline in the American people, where he can talk back and forth.”

So it looks like no one is prying the cell phone out of Trump's hands just yet. It will be a brand new thing for Americans, who are used to the president's official Twitter account and the White House account tweeting very official, super scripted Tweets. It makes sense that the White House communications team has taken time to curate their messages just so — the accounts are public and no one wants mixed messages concerning foreign policy or the president making some major faux pas. But Trump doesn't seem concerned about any of that.

For example, right after last week's terror attack in a Berlin Christmas market, Trump immediately tweeted that it was an act of terror. He turned out to be right, but it is unusual for a leader to make a call like that without the input of the proper authorities. In addition to responding to events oversees, it's likely that Trump will also continue to use Twitter to attack people he doesn't get along with politically, as he did throughout the campaign cycle.

After meeting with Obama right after the election, Trump made clear on Monday that things aren't all that friendly between the two. The president-elect tweeted, "President Obama said that he thinks he would have won against me. He should say that but I say NO WAY! - jobs leaving, ISIS, OCare, etc."

Trump also tweets his stance on issues, like the United Nations vote last week to end Israeli settlements or how he plans on divesting his sons of any conflicts of interest. Depending on how things are going in the world, offhand comments from the president of the United States can go either way.

It would be unprecedented to know exactly what the president is thinking, all the time, exactly when he's thinking it. Just think, instead of a weekly address from the Oval Office, Americans can get a firsthand review of how Saturday Night Live does every weekend. So we can at least know if the show is tanking or not.

“He can put his thoughts out and hear what they’re thinking in a way that no one’s ever been able to do before. I mean, he does communicate in a much bigger way than there’s ever been before, and I think that’s gonna be just a really exciting part of the job," Spicer said. Spicer will be serving as press secretary and communications director, since Jason Miller turned the job down, so he will have a lot of messaging on his hands.

Since the election, Trump has not held any formal press conference, so for now, Twitter is the only chance the public has when it comes to insights into how the transition is going and what he plans to do once in office.

Trump hasn't said — via Twitter at least — if he plans on holding press conferences once in office. But the way Spicer made it sound this week, Twitter might be as good as it gets when it comes to transparency.

More Like This
Are You There God? It’s Me, Margaret Is Finally Heading To The Big Screen
Jennifer Lawrence Just Kinda, Sorta Revealed The Sex Of Her First Baby
24 Photos Of Princess Charlotte Making Silly & Cute Faces
13 Celebrity Parents Who Also Raise Chickens At Home