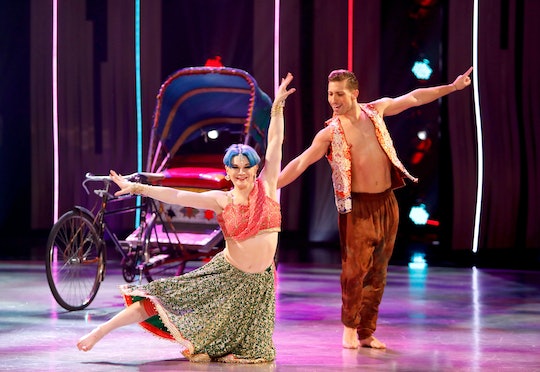 Fans Are Already Eager For More Of 'SYTYCD'

Although this season's performances were definitely entertaining, the show was actually slightly down in the ratings. According to TVSeriesFinale, SYTYCD went down three percent in their target demographic and one percent in viewership. Though these may seem like small numbers, it translates to thousands of viewers lost this season. Even so, the ratings shift seems too small for FOX to actually cancel the popular series. However, it may try a different approach next year.

Last season, the show tried to boost viewership with a younger version of the competition, and featured Dance Moms alum Maddie Ziegler as a judge. This time the show went back to basics, but that didn't seem to help the show at all, at least in terms of views. They also enlisted High School Musical and Grease Live! alum Vanessa Hudgens to judge this season. Popular judge Mary Murphy also returned to the show as well and as always Nigel Lythgoe remained on as a judge.

This season also included 10 All-Star dancers, who were paired with the Top 10 of the auditions dancers. The All-Stars guided the newbies through the rest of the competition and have been helping them try to get votes. Though this was definitely a great idea, some fans would like a full All-Star season. Perhaps that could be Season 15. However, viewers would probably just be happy as long as there is another season guaranteed.

While they wait to find out what's next for SYTYCD, viewers are excited for the season finale. In a surprise twist, Kaylee and Logan were both eliminated last week, leaving Lex Ishimoto, Koine Iwasaki, Taylor Sieve, and Kiki Nyemchek as the final four. However, Lex seemed to suffer an injury during the semi-finals when he performed a disco routine with Koine. But when the performance was done, he shrugged it off so hopefully that means he's OK to perform in the finale. Fans will just have to wait and see though.

As of right now, Lex is definitely the front-runner to win this competition though. He's performed incredibly every week, and the fans are really into him — and at the end of the day, it's the viewers who pick the winner. Goldderby's ongoing "Who Will Win So You Think You Can Dance?" even has Lex coming in first with Taylor taken second place. However, this wouldn't be the first time an early poll was wrong.

Could Taylor actually manage to squeeze out a win this season, or is Lex really going to walk away with the $250,000 cash prize. With this show, you can never be too certain of the winner, as the votes could always go another way. The best way to make sure your fave wins is to go and vote. Unfortunately, voting is now closed. I hope you got your votes in!

Besides finding out who won this season, the finale will definitely be a must-see event. Three-time Emmy winner and SYTYCD fan favorite Mia Michaels will be returning to the show for the season finale. Of course, the night will also be filled with amazing performances and dance numbers from the cast and the final competitors. Therefore, it's best not to just wait until the end to tune in just so you can see who came out on top. Make sure you watch the whole episode so you don't miss out.