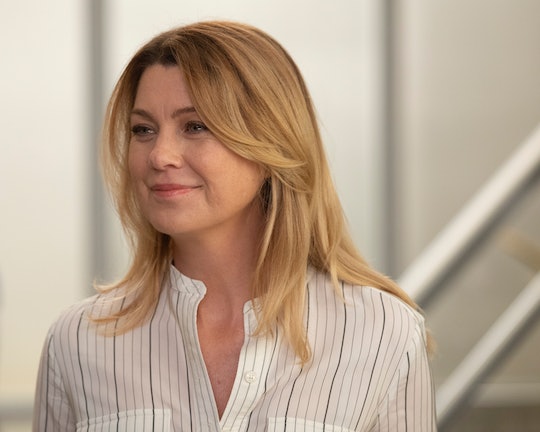 I'm Not Ready For Another Death On 'Grey's Anatomy'

There’s no doubt that Grey’s Anatomy has brought its fans a fair share of heartache over the years. From character departures to untimely deaths, the series has delivered some of the most emotional moments on TV. With the premiere finally here, rumors are swirling, and some fans are speculating someone will die on Grey’s Anatomy Season 16.

While showrunners haven’t confirmed any such death, fans are piecing together clues that could hint to one. One Twitter user, @The_GreyMethod, pointed out the promotional photos for the new season may indicate something ominous is coming. “Ok hear me out...the last time they had a blurry looking background was season 11 when Derek died and all I’m saying is they’re going to kill off someone important in season 16,” they tweeted.

In response to the tweet, a Reddit thread was formed, and in it, a few fans suggested it could be Jackson who dies this season. “Jackson was missing at the end of the last episode,” pointed out meet_at_the_dot, with user lauren_icl noting that “the trailer made it seem like Jackson was going to die.”

Some users welcomed the idea of Jackson’s departure, with one user saying they would pay money to see him gone, and another noting his character growth has come to an end. ”Although I really haven’t liked his character much these past couple seasons or the storylines he’s been given so I wouldn’t really be gutted if something were to happen to Jackson,” wrote Reddditor bitc*esandmodels. “I hate saying that because he used to be one of my favorites.”

However, some Redditors who saw the tweet didn’t think it hinted at a death. “I think it might symbolize a dramatic time jump like what happened after Derek’s death,” Redditor melanxi wrote, referring to the blurred background in the photo, with user gasbolina suggesting it means Meredith is just “moving on.”

One Grey’s Anatomy fan pointed out that character deaths are just part of the show’s nature, so it shouldn’t be too shocking if someone dies. “I'm conflicted about a major character death because on the one hand, that's one of the most defining characteristics of Greys and one of the things that made this show so great,” wrote Reddit user macademicnut. “It would be nice to see them go back to their roots and do the whole tragedy thing again. On the other hand, there are some characters I love and I really don't want to see them killed off…”

Whether or not someone dies still remains to be seen, but in an interview with TV Line, showrunner Krista Vernoff acknowledged the new season would indeed take a leap forward in time. She revealed that the premiere will pick up where the finale left off and address lingering cliffhangers, including what happened to Jackson in the fog. But she said the rest of the episode would fast forward into a future timeline. “We will then span a little bit of time over the course of the hour,” teased Vernoff, without revealing any details on how it will be done.

When it comes to Grey’s Anatomy, character departures and deaths are just part of the territory, so if someone were to die, it shouldn’t come as too much of a surprise. I guess fans will have to sit tight and watch through the season to see what happens.