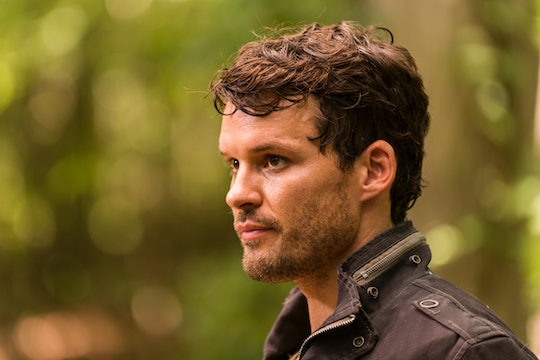 Will Spencer Die On 'The Walking Dead'? The Season 7 Winter Finale May Be His Swan Song

Spencer has not endeared himself to fans of The Walking Dead, or the other residents of Alexandria for that matter. Though his gripes against Rick are pretty legitimate (Spencer's entire family did die rather fast once Rick and his crew showed up, and it had been all wine and cheese parties before that), he expresses them in such a petulant way that he can't manage to get anyone on his side. Spencer has been making his concerns pretty well known on the show lately, which either means his days are numbered or... hold on, actually, that's the only thing it can probably mean. So will Spencer die on The Walking Dead? This Sunday's midseason finale could very well be his swan song.

The show could always pull out a last minute surprise, but the odds are good for Spencer biting the dust, particularly when the storyline of his comic book counterpart is taken into account. (Spoilers ahead!) Despite a helpful chat with Father Gabriel that pointed out just how unappealing Spencer's constant whining has become, Spencer's discontentment has only seemed to grow. And now that Negan's in town, Spencer may end up doing something drastic in an effort to unseat Rick from his currently tenuous position of authority. That's what he did in the comics anyway.

During one of Negan's visits to Alexandria while Rick was out of town, Comics Spencer tried to cut a deal with Negan, who was casually hanging out on the porch of someone's house (sound familiar?), and explained that Rick was a maniac, a person entirely unsuited to being in charge. When Negan asked specifically if he should kill Rick and put Spencer in charge as a solution, Spencer said, "We'd be much better off."

But Negan wasn't interested in saying goodbye to his favorite object of abuse just yet, and he also didn't care for the underhanded way Spencer tried to seize control. After laying into Spencer for having "no guts," Negan proved it by slicing into Spencer's abdomen and letting him bleed out on the pavement. Turns out he had guts after all — not that it helped him much in the end.

All the pieces have fallen into place for this same series of events to play out on the show, which has been sticking relatively close to the comics lately. At the end of "Sing Me a Song," Negan was chilling on a porch in Alexandria and Spencer was huffier than ever. It would make perfect sense for Spencer to make the same attempt he did in the comics, and meet the same violent fate. So goodbye in advance, Spencer. You probably won't be missed.