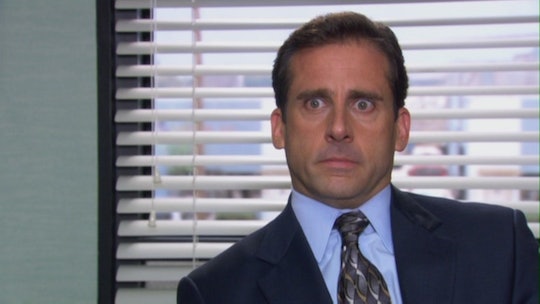 Usually when a media property gets revived, it's because a decade or more has gone by and nostalgia has kicked in. Everyone loves to see a beloved cast reunite after many years, so the appeal is easy to understand. But the news that NBC plans to bring back The Office seemed more than a little surprising considering it ended a mere four years ago. If the show does come back, then there's sure to be one question on everyone's mind: will Steve Carell return to The Office revival?

That's looking like a big no. Variety reported that Carell would not be involved in a new version of The Office, though there was no statement from Carell or NBC. Carell's social media accounts haven't been updated for a month, so there's no official word from the man himself at the moment, but it doesn't seem at all likely that he'd be back to play Michael Scott again any time soon.

Some of his co-stars have seemed more open to the possibility in the past, with Jenna Fischer telling the Remote Controlled podcast that she didn't think a reboot would ever happen but she would do it if it made sense. However, Fischer didn't seem to think there was a way it could make sense since all of the characters had moved on.

TV Line first broke the news that NBC was interested in bringing back one of its biggest successes, announcing that the cast would mix old favorites with new players. Since Carell would so emphatically not be involved, there would be a new regional manager leading the way. That makes it sound like something between a revival and reboot, similar to Saved By the Bell: The New Class. There could be cameos from beloved past characters and the show would be set in the same universe, but it would likely have to distinguish itself from the original as well.

Which makes one wonder: what's the point? The idea of a sitcom set in an office is hardly anything new and if there's a primarily new cast, then it seems like the network is just banking on name recognition to create buzz. Most of the original cast members are too busy embarking on other ventures to return to their old stomping grounds and fans might not be too enthusiastic about a lackluster retread of something they once loved.

NBC recently had immense success bringing back Will & Grace after eleven years off the air, even scoring a few Golden Globes nominations. The difference there is that the entire cast was willing to come back and try to recapture the old magic. Fans had also been grumbling about the disappointing series finale for over a decade, which meant there was a desire to right the wrongs and let the show go out on a better note. Even if fans weren't thrilled by every choice The Office made, it had tied up most of its loose ends when it finished.

Creator Greg Daniels may be attached to the revival, but in 2016 he seemed more than satisfied with the first run of the show. When asked by The Hollywood Reporter about Ricky Gervais' follow-up film to the U.K. version of The Office, called David Brent: Life on the Road, Daniels made it clear he wasn't interested in revisiting the U.S. show.

"[The finale] said everyting that the show had to say. Personally, I feel like we left it on a good note," he said. "I'm not that anxious to open it up again myself, but I would be interested to see what David Brent's up to. But also I think the American show became so much of an ensemble and to not have the whole ensemble there would just feel kind of, I don't know, less than."

It's unclear what form a new season of The Office would take, but without many of the people who made it great in the first place, it might be best to leave this one where it is.