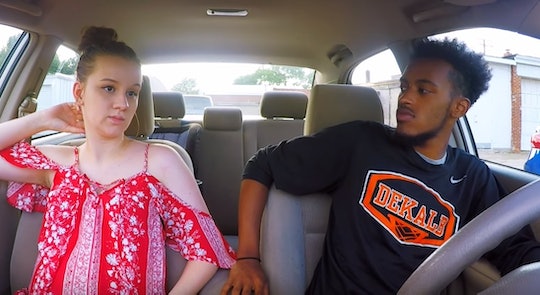 Any time a moderately successful TV show ends for the season, the question about where to watch or rewatch it has to be asked. In this case, it would be the newest series in the Teen Mom franchise, so will Teen Mom: Young & Pregnant be on Netflix? In the 15 episodes of the reality show following a group of young moms as they navigate through adulthood, motherhood, and their faulty relationships, a lot happened. Relationships were made and broken, family feuds escalated to pretty intense heights, and, of course, all of the babies were born. Like I said, a lot happened. And since you might want to rewatch all of the drama or go back and catch the episodes you may have missed, it’s only natural that you’d turn to the ever faithful Netflix.

Unfortunately, none of the shows in the Teen Mom franchise are on the streaming platform, so Teen Mom: Young & Pregnant probably won’t be, either. The Teen Mom shows also aren't on Hulu, though, so it would seem that MTV typically keeps the shows on the network to themselves. That being said, with the proper cable login information, you can watch Teen Mom: Young and Pregnant on the MTV website or on the app. Other than that, you’re out of luck as far as streaming options go. MTV even seems to monitor which clips are put up on YouTube, so you’d be hard-pressed to find any episodes of the series in their entirety on YouTube either.

It may not be the most convenient thing in the world, but at least it is possible to stream all of the episodes all over again somewhere!

Now that the show’s first ever season is over, you’ll have plenty of time to catch up before a potential second season premieres. Of course there hasn't been an official renewal or cancellation, but there were so many extreme highs and lows of the season that it’s hard not to want to rewatch (or watch it all for the first time) and get to know this new batch of young moms who might remind you of some of the Teen Mom OG or Teen Mom 2 cast members.

If you haven't yet watched the show and were hoping to wait for a Netflix premiere date, then you’re definitely out of luck. But, as previously mentioned, you can watch the episodes in their entirety online via MTV's official website and app, so it’s not totally hopeless. You can also catch up with some of the drama on the moms’ respective social media accounts, since most of them have a habit of being quite open about their lives and open with fans in general.

Since the fate of Teen Mom: Young & Pregnant is still up in the air and hard to predict, there’s no time like the present to go back and rewatch all of the drama, fighting, tears, and -- dare I say -- happy moments that season one provided in order to tide you over. In the event that you don't have access to the episodes on MTV.com, OnDemand, or on the MTV app, you’re going to have to hope that there are some reruns throughout the summer to catch up or just watch it all again since Netflix isn’t currently home to any of the Teen Mom shows.

I know, it’s a sad reality, but sometimes networks opt to keep their shows close and in this case, MTV is one of those networks that would rather keep its more popular shows from being added to different streaming platforms -- Netflix included.