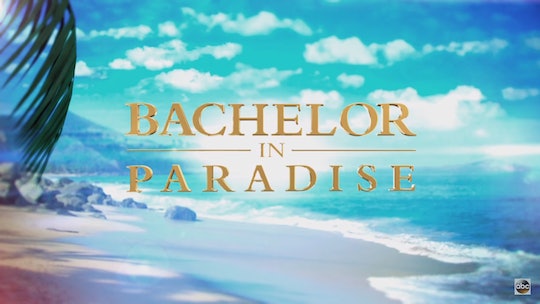 Will The 'Bachelor In Paradise' Cast Still Be Paid?

Even though the cast list for the latest season of Bachelor in Paradise was just released days ago and the premiere date was set for later this summer, the hit reality dating show came to a screeching halt this week amid disturbing allegations of misconduct on set. The claims were reportedly related to an issue of consent and an alleged drunken sexual encounter between two contestants, Corinne Olympios and DeMario Jackson. On Sunday, Warner Bros. issued a statement explaining that it had suspended production of the show and was conducting an investigation into the matter, but did not address whether Season 4 of the show would pick up from where it left off. That being the case, many are wondering — presumably the nearly dozen contestants are as well — if the Bachelor in Paradise cast will be paid for this season, even if it doesn’t resume.

According to People, while it seems unlikely that the show could resume production at this point, the contestants are expected to get paid for their time on the series. People reported that contestants are paid a stipend which is contingent on how many episodes they last, "usually between $8,000 and $15,000" — or a $400 per day flat rate which everyone is paid — but it’s not likely that any of the cast members will receive prize money.

“They told us that we’d be considered for future seasons and opportunities in the franchise, but that this adventure was probably over,” a contestant on the suspended series told People on the condition of anonymity.

“We all feel used,” the same anonymous contestant added. “We’re pissed off. People had planned their lives around this. Contestants quit their jobs for this. We all had to step away from our real lives for three weeks.”

But the cast of this season's Bachelor in Paradise isn't only upset over their livelihoods and any future paychecks, they're reportedly "pissed" at the producers and crew members for letting the alleged sexual incident go as far as it did.

"We’re pissed that this whole thing happened," one anonymous contestant told People. "They could have seen that she was drinking too much and that he was taking advantage. They could have stopped this before it got this far. But they decided to let it go, and let it happen, and see what happened? So, I’m angry at the show, and everyone else is too.”

According to TMZ, a field producer filed a complaint because Olympios was allegedly too drunk to consent to Jackson's "sexual moves in a swimming pool." The outlet also reported that sources close to Olympios claim she was in a "blackout state" when the encounter happened, while sources close to Jackson reportedly said he remembers everything and claims it was consensual.

On Monday, Romper reached out to ABC for comment on the allegations themselves as well as the cast stipends and received the following response:

As shooting in Mexico had only recently begun, Variety reported that the fate of Bachelor in Paradise Season 4 remains unclear; It's not likely that production will pick up again until the investigation is completed, if at all.