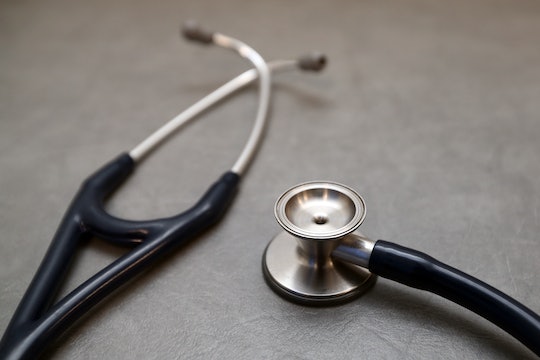 Here's What Costs Would Go Up Under The BCRA

On Thursday, the Senate unveiled its draft for the Better Care Reconciliation Act — also known as the BCRA — which is its answer to replacing the Affordable Care Act. Not unlike the House's previously passed American Health Care Act, the proposal could mean a loss of coverage for lower-income and middle-class Americans, or higher costs for those seeking coverage. So will the BCRA be cheaper than Obamacare? Insurance premiums, at the least, are likely to rise under this new plan.

According to Time, the Senate version of the BCRA includes funding cuts to the Medicaid program, and a "roll back" of the planned expansion of Medicaid. Another article from that outlet reported that the BCRA will defund Planned Parenthood for at least one year. As the country's largest network provider of health care for women, that would mean more women might have to turn to other health care providers for their care — if they have the money to do it, or the funds to afford higher premiums necessary to get insurance under the new bill.

Because according to The Week, "Americans at all income levels from 0 to 400 percent of the federal poverty line would often be expected to pay a bigger share of their premiums out of pocket." That means millions would face higher costs under the BCRA, especially as compared to the ACA.

For example, according to Vox, a single person earning three times the poverty line ($35,640) doesn't spend more than 9.69 percent of their income on premiums under Obamacare. But under the BCRA, or Trumpcare, "the caps would vary from 6.4 percent for people under 30 to 16.2 percent for people over 59." Vox's analysis found that a 60-year-old individual at 300 percent of the poverty line could see their maximum premium under the BCRA go from $3,442 a year to $5,773 — a difference of more than $2,000.

According to Time, under this Senate bill, people at the poverty line would become eligible for premium subsidies to buy marketplace insurance under the BCRA, which sounds like a good thing. However, "it’s not clear that they’d be able to afford it even with the premium help," according to Caroline Pearson, the senior vice president at Avalere, a health care consulting firm.

So a lot of people would probably lose access to maternity care and mental health care — which are considered essential health benefits now — as part of their insurance options, if insurers don't have to cover them. To put that into perspective, 75 percent of "non-group market health" didn't cover delivery and in-patient maternity care before the passage of the ACA. The numbers could revert to back to those pre-ACA measurements under the BCRA.

Ms. magazine also reported that basic health benefits would not necessarily be covered by insurers under the Better Care Reconciliation Act, but it broke down the numbers even further. According to that outlet, things like hospital visits and maternity care would cost more under the Senate's health care plan — to the tune of $1,200 to $50,000 more.

According to Ms., without basic health care coverage, a visit to the emergency room could cost up to $1,200 under the BCRA. And a pregnancy might cost anywhere from $30,000 to $50,000 without basic coverage. That's because, under the BCRA, states might be able to decide whether insurers can deny care to individuals who seek certain types of essential care, like maternity coverage.

So if you have insurance, your premiums would likely go up under the bill. If you are living at the poverty level and don't have insurance, and want to buy it, you might not be able to afford it even with subsidies. And if you're a woman and have Medicaid, or live in a state that doesn't cover maternity care, maternity costs might not be covered. That could impact any and all individuals who could get pregnant and give birth, and costs for that care would obviously go up if the care isn't covered.