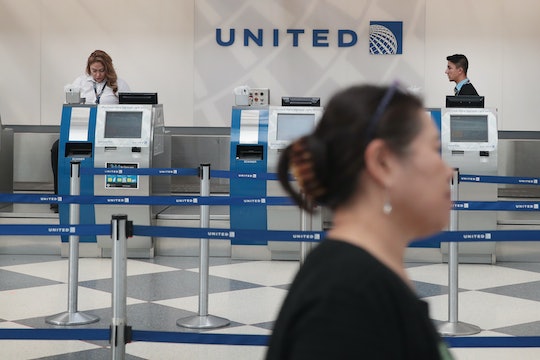 Could The Customers Not Cargo Bill Actually Pass?

Apparently, recent outrage over a United Airlines passenger being dragged off of a flight hasn't been limited to social media alone. Democratic Sen. Chris Van Hollen is now planning to introduce legislation to keep airlines from forcibly removing customers from flights to free up seats once they've boarded. However, will the Customers Not Cargo Act actually pass?

It's hard to say, since Van Hollen hasn't even introduced the bill yet. Once he does, the Customers Not Cargo Act would have to be considered and released by a committee, then voted on in the Senate, where it would have to garner 51 votes (a simple majority) in order to pass. It would then have to pass in the House of Representatives as well, and be signed into law by the president after that. In other words, before a bill becomes law, there's quite a lengthy process involved.

That said, Van Hollen seems determined to pass the Customers Not Cargo Act. According to CBS, Van Hollen wrote his colleagues on Wednesday morning in order to urge them to co-sponsor the legislation. "It is outrageous that airlines can bodily remove passengers after boarding rather than providing appropriate incentives to encourage volunteers," Van Hollen wrote, according to CBS. The senator continued:

We should act immediately to ensure that airlines cannot force passengers who have already boarded to leave the plane in order to free up seats for others. Instead, they must provide sufficient incentives to encourage passengers to voluntarily deplane.

On Wednesday, United Airlines' CEO, Oscar Munoz, apologized for the incident during an ABC interview. "This can never, will never happen again," he said, according to Business Insider. "That is not who our family at United is."

Despite the public backlash, United Airlines didn't technically do anything against the law. Airlines are currently allowed to both overbook planes and remove customers from flights against their will, according to The Hill. Airlines need to offer compensation first, but if they don't get any bites from volunteers, they're allowed to remove passengers from the overbooked flight.

If the Customers Not Cargo Act were to pass into law, airlines would no longer be able to deplane passengers who had already boarded the plane in order to free up seats. "Instead, [airlines] must provide sufficient incentives to encourage passengers to voluntarily deplane," Van Hollen wrote to colleagues, according to CBS.

Considering that several Republican and Democratic senators have already called for a full investigation of the United incident, the Customers Not Cargo Act just might get through Congress. After all, no matter what side of the aisle they're on, most people can get behind a friendlier flying experience.