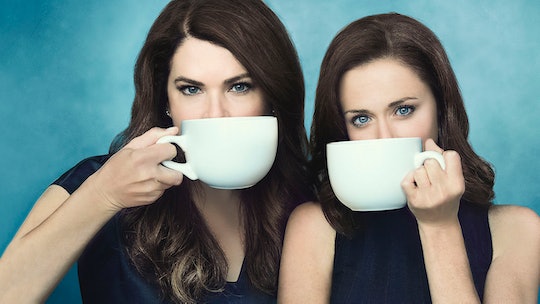 Will The 'Gilmore Girls' Revival Intro Song Be The Same? The Music May Be Different

Fans were thrilled to hear that Gilmore Girls would be returning to the small screen with a Netflix revival this fall, years after ending its broadcast run. The four episodes of the reboot represent, to many, the ending that the series always should have had, given that the original series creator Amy Sherman-Palladino wasn't involved in the show's final season. But as excited as viewers are to binge watch the show, there's also some trepidation about what might change. The original title sequence, for instance, is a classic aspect of the series. So, will the Gilmore Girls revival intro song be the same?

Since the full-length official trailer for the Gilmore Girls Netflix revival dropped in late October, viewers have been watching it again and again — and with good reason. In the three weeks since the clip premiered, it's amassed well over five million views on YouTube, largely thanks to fans who've waited years for a return to Stars Hollow and to take a peek at the familiar characters who feel like family to them by now. Of course, there's also another reason to rewatch the trailer over and over again — for the classic Carole King theme song, of course.

While the trailer prominently features the tune used in the intro sequence over the show's original seven season broadcast run, it remains to be seen whether the new revival will use the same intro — or if it will have an intro at all.

In an interview with Glamour, star Lauren Graham stopped our "Where You Lead"-loving hearts when she suggested that the show might abandon its classic opening credits given the jump to Netflix. When asked whether "Where You Lead" would return for the new batch of episodes, Graham told Glamour that she believed it would (yay!), but that "music is still being discussed because on Netflix they don’t really have a traditional title sequence" (boo!).

This seems to suggest that, while "Where You Lead" will be featured (because how could it not be?), the song may not appear in the title sequence, and that viewers are unlikely to see the exact opening credits and theme that they'd all grown so attached to. There has also been speculation that, if the series does indeed have a theme, it could be another King hit – "You've Got A Friend," given that the revival's title (Gilmore Girls: A Year in the Life) references a lyrics from that song. In any case, fans just don't know yet, and in all likelihood, they won't know any details about the intro until the revival actually premieres on Nov. 25.

While it'll definitely be a bit disheartening to lose the iconic title sequence, perspective is key. Even though viewers may not be getting something identical to the original, it's still a return to the world that all Gilmore Girls fans have grown to know and love. And how could anyone be mad about that?