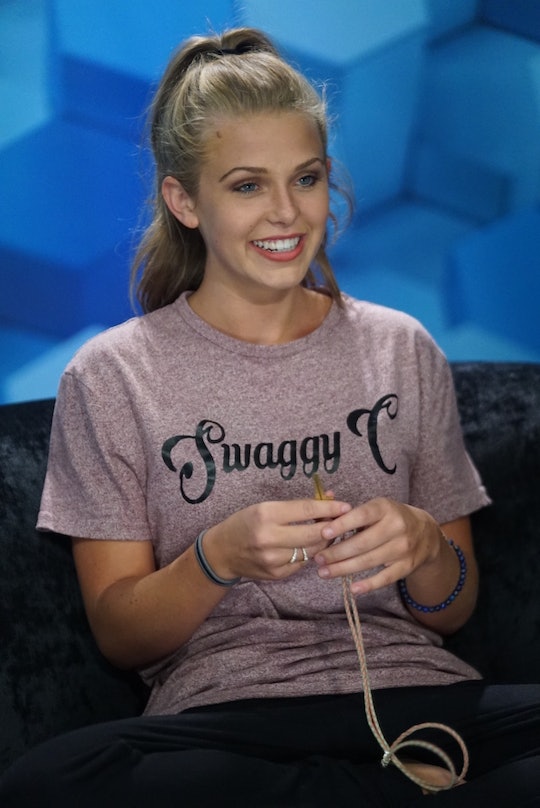 The Hacker Could Ruin Haleigh's HOH Week On 'Big Brother'

The tables have turned on Big Brother this week. Last week, Haleigh won the Hacker Comp and replaced Angela's nominee of Scottie with Tyler. However, Haleigh's plan backfired when Angela won the power of veto and replaced Tyler with Bayleigh, leading to Bayleigh being sent to jury. Now Haleigh's HOH and Kaycee is the hacker. With the power in Kaycee's hands, will she ruin Haleigh's HOH run on Big Brother this week? She kind of already has.

Haleigh nominated Angela and Kaycee for eviction this week with the plan to backdoor Tyler. This was already a flawed plan because this was what Tyler wanted since he has the cloud app, which he can use to keep himself from being nominated at a veto meeting. However, Tyler may not even need to use his app this week because Kaycee used her power as the Hacker to take herself off the block and put up Rockstar. Additionally, Kaycee also gets to anonymously choose someone to play in the power of veto competition and if that person is Tyler, and he wins, that will make him ineligible to be put on the block.

Still, it's possible that Haleigh's original back door plan could still work out. Haleigh as HOH will play in the POV competition and hopefully Faysal, who's proven he's a great competitor, will be chosen to play as well. If one of them wins they can pull Rockstar from the block. And though Tyler will definitely use his power app so he can't be nominated, Haleigh could then put Kaycee back on the block or nominate Brett. However, because Brett has somehow done a good enough job convincing Haleigh he's on her side, it's doubtful she would nominate him.

With only three people in the house who would definitely take Rockstar off the block, Haleigh's chances of changing these nominations are quite slim. And that's even if she, or someone else, picks Faysal to play in the comp. If not, only Haleigh and Rockstar are definitely trying to pull Rockstar off the block. Sam could be persuaded, but since she's having a pretty bad week, it seems unlikely she'd even want to try in the veto competition. JC would maybe use it just so as not to make Haleigh angry, but it's more likely if he played in the veto comp he wouldn't try to win just so he wouldn't have to show which side of the house he's really on. Same goes for Scottie.

If it ends up being Angela and Rockstar still sitting on the block come Thursday night, it's almost definite that Rockstar will be going home. With Rockstar on the block and Haleigh only allowed to vote in the event of a tie, the only guaranteed vote Rockstar has is Faysal. But since Kaycee's the Hacker she can cancel Faysal's vote. However, if Rockstar is somehow able to get JC, Sam, and Scottie's votes, the vote will end in a tie, which will allow Haleigh to break it and send Angela home. But that's another big if. JC has almost always voted with the house, Sam's votes are hard to rely on, and Scottie's been known to flip. It would be great if Rockstar could get the votes because that would be a beautiful blindside to Level 6, their first one of the season, but again is it even possible? Probably not.

Thus, it seems that not only did the Hacker Comp not help Haleigh last week, it may ruin her HOH this week. And since she nominated two Level 6 members this week, she had better hope Fessy wins HOH next week, otherwise she'll probably be going up on the block and her side of the house definitely doesn't have the votes to keep her safe.