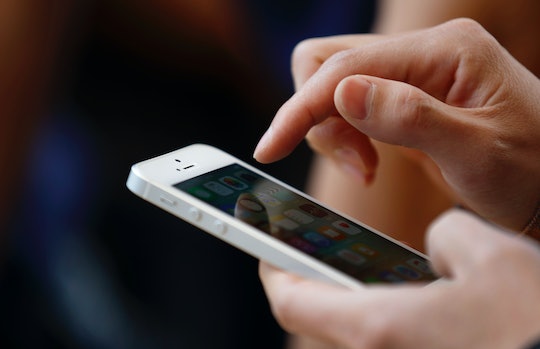 Will The iPhone 7 Need A New Charger? Because Apple Users Have Way Too Many Already

iPhone users are excitedly anticipating Apple's annual fall product event on Wednesday, looking forward to advances while at the same time hoping that things don't change too much. Some customers are still a bit irked about the great Lightning port debacle of 2012, when Apple switched out the old 30-pin charging port for a smaller one. Now they're worried that the iPhone 7 might need a new charger, since Apple typically makes major changes to the iPhone every other year. But it looks like Apple is sticking with the Lightning port for now.

In fact, users will have to rely on the Lightning port even more than before, because now, in addition to handing charging and data transfer, it will be the sole audio-out port; The New York Post and multiple other sources are reporting that the iPhone 7 will ditch the 3.5-millimeter headphone jack in order to make the newest edition even slimmer than its predecessor, which is an odd choice if you ask me, considering the controversy surrounding iPhone 6S customers complaining that their phones were bending in their pockets. But the headphone jack is gone, meaning users will need to buy either an adapter or a new set of headphones if they want to listen to music on the new iPhone.

Another big change reportedly coming to the iPhone is a dual rear camera. According to Bloomberg, both lenses will take simultaneous pictures, which will then be merged into one image. This will allow for better low-light pictures, and sharper zoom capabilities. The Home button is also expected to change; in fact, it won't really be a button at all anymore. Instead, sources say, it will be a pressure-sensitive pseudo-button that will respond with haptic feedback (a light vibration, similar to the keyboard) rather than an actual click.

Those are the details that most outlets are reporting from various sources, and thus the most likely to be accurate. But let's move on to less trustworthy and more exciting stuff! Wondering how you're supposed to charge an iPhone 7 and listen to music at the same time? Fast Company has a source who claims that Apple has been considering following Samsung's lead and adding waterproofing and wireless charging capability to "at least two previous iPhones," and will likely finally get on board with the new one. But honestly, Samsung versus Apple is pretty much like Coke versus Pepsi at this point; everyone's got their favorite, and there isn't much anyone could do to cause a loyal customer to switch. Who cares what the new iPhone features are? We've all made up our minds already.