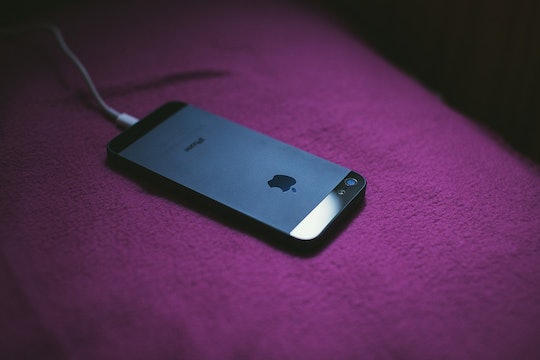 Since the announcement of the release of the latest iPhone on Tuesday, many questions have been raised about how the latest models will differ from their predecessor. One question people are asking is will the iPhone 8 need a new charger. It looks like the newest models won't need traditional chargers at all. Following the iPhone 7's move away from headphone jacks, cord chargers may be the next thing to go — though they will likely still be included in the package received at purchase.

To the excitement of tech fans everywhere, Apple is including wireless charging support to its latest iPhone edition. The iPhone 8 will have be equipped with tech that allows it to be charged on wireless charging pad, without the use of a traditional charger.

Wireless charging occurs when a phone connects to an electromagnetic field that is created by the charging pad. Devices equipped for wireless charging have built-in receiver coils that generate current from the signal put off by the pad. Many public places already offer wireless charging stations, such as some McDonalds restaurants, Ikea stores, and London Heathrow International Airport. By implementing wireless charging, Apple will be joining Android in move towards cordless capability.

Contrary to its reputation of cutting-edge innovation, Apple has been one of the slowest manufacturers of smartphones to utilize wireless charging technology. It its report on the coming feature, Time pointed out that this isn't exactly brand new tech — wireless charging has been available since the release of the 2009 Palm Pre. An arguable reason to delay the transition to wireless capability is the lack of industrial standardization. While the capability does exist, it isn't exactly commonplace. Some experts believe that will change once Apple enters the wireless charging market.

But don't throw out your chargers just yet. The newest iPhone will retain the Lightning port on the bottom and come with the expected charging cable in the box as earlier models did in the past. Those looking to charge wirelessly will have to pay out of pocket for a charging pad.

In celebration of the iPhone's tenth anniversary, Apple held a live event on Tuesday at the new Steve Jobs Theater in Cupertino, California. At this event, a number of exciting developments in the world of the iPhone were announced. Along with the iPhone 8, Apple announced a new premium model iPhone, titled the iPhone X, with a starting price of $999.

Regardless of whether you are looking to keep up with the most recent tech or hang on desperately to that $3.99, hot pink 7/11 car charger, it looks like Apple has you covered. It will be up to the consumer to decide whether or not to go wireless.