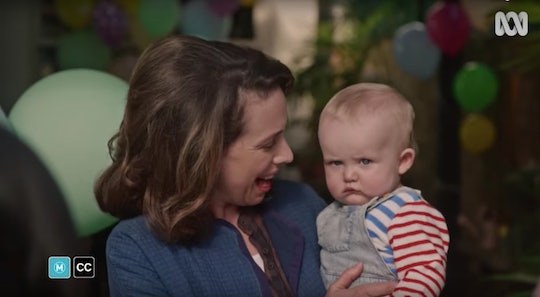 'The Letdown' Navigates Motherhood With Humor, Even When It Gets Dark

The Letdown is an Australian comedy series that has made its way to a global audience with a helping hand from Netflix. It initially premiered on ABC in Australia, but now the first two seasons, consisting of seven and six episodes respectively, are currently streaming on Netflix. But once you zip through Season 2, you may find yourself craving more. The trouble is, a third season hasn't been announced yet, so it's impossible to know whether The Letdown Season 3 will be on Netflix or not.

Since the first two seasons are, it stands to reason that any future seasons will also make the jump to the streaming platform. But without a guarantee about the renewal, there's just no way to know for sure. Season 2 premiered on Netflix on Jul. 31, and its Australian debut was just a few weeks before that; it ran from late May of this year to early July. Season 2 is still really fresh, so it's much too early to made the call about Season 3. All anyone can do is speculate at this point.

However, co-creator and star Alison Bell did tell E! News that the show was doing really well, particularly in the U.S. She'd even relocated to LA. "There are doors opening here in a way someone in my position or in my field can't really turn my back on if I want longevity in this career," she said.

Perhaps one of those open doors leads to a third season of The Letdown. If the show is doing well with audiences in multiple countries, then I can't imagine why it wouldn't continue, unless the creative team decides it's time for it to end. But Bell didn't reveal any specific details about the show's future in the interview, so it seems like it's simply too early to make the call one way or another. One can assume that Season 3 will be on Netflix if it happens because the rest of the series so far has been. But who can ever be sure?

The Letdown delves into the realities of motherhood, often and especially focusing on difficult or dark situations, but with humor and warmth. In a chat with The Guardian, Bell said, "We don't want to judge anyone's parenting in this show, because we're not getting it right either. The expectations are never met, that's pretty much the thrust of the show; we've been fed so many versions of motherhood and most of them are pretty glossy, particularly our generation. That's being dismantled now I think."

Part of the show's goal was to dismantle those images of motherhood that didn't quite match up to the real experience. But struggling for that impossible perfection and falling short is something many moms (and non-moms, too) deal with on a daily basis. The show gives that struggle a voice. It also depicts a lot of situations not often represented on TV. According to Bell, that was another one of their goals with the show. She and her team wanted to make sure they were exploring things they hadn't seen before.

That may be why The Letdown resonated with audiences. But without an official announcement from ABC Australia or Netflix, fans can only hope for more.