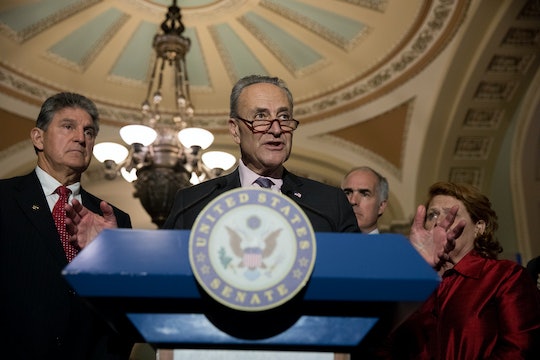 The Senate Could Kill The New AHCA

Sometimes it seems that politicians are more invested in partisan arguments than truly representing the needs of those they represent. Such is the case with Republicans this week, and their constant determination to repeal and replace the Affordable Care Act, or Obamacare. As one of President Trump's most notable promises to his supporters, repealing Obamacare has been an important mission for Republicans since the bill was passed in 2010. But as the Republican-controlled Congress failed to pass its first version of the American Health Care Act in March, they're now trying again. So, after making it through the House on Thursday, will the new AHCA pass the Senate? Unfortunately, it could happen.

Republicans have dramatically changed the AHCA from its original draft into something more severe that aims to please more conservatives since the first GOP failure in March. In short, the new version of the bill eradicates mandatory coverage for pre-existing conditions from states, including such "pre-existing conditions" as sexual assault, domestic abuse, and C-sections. It could also exempt employer insurance plans from covering employees in the event of a major illness.

But as Republicans rush to pass their new version of the AHCA, it's important to remember that it's still only in the House, and will also have to face judgement from the Senate, which could try to amend the current version of the bill.

The original AHCA didn't get nearly as far as the one that passed the House on Thursday, and even this iteration was rejected by a handful of House Republicans. In the Senate, passing the bill becomes even more difficult. As The Washington Post reports, "If it loses a mere three Republican votes in the Senate (where they have a 52-48 advantage), it’s over." This is an extremely likely scenario, as House Republicans are rushing to move it to the Senate before the new AHCA receives a new Congressional Budget Office score (under the original AHCA, the CBO claimed that 24 million Americans would lose coverage).

It's likely that the bill won't pass in the Senate without lawmakers changing at least a few things to make it less severe. And with Republican senators such as John McCain and Lindsey Graham making it clear that they don't support everything Trump is doing, it's extremely likely that the bill will either die in the Senate, or get so drastically changed there that it could be rejected by ultra-conservative Republicans anyway.

Whatever happens, though, this vote is an important moment in history as Democrats seek to reclaim their seats in Congress during the 2018 midterms. If the AHCA passes in Senate, Democrats will continue to rise up, and if it fails, Democrats will have another victory under their belts.