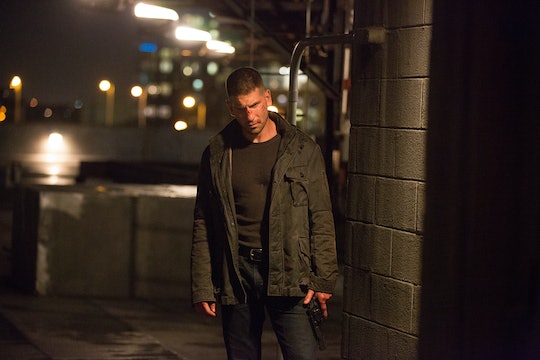 Don't Expect To Find The Punisher In 'The Defenders'

The Defenders seeks to bring together Marvel's four Netflix heroes in their very first team up, with Daredevil, Luke Cage, Jessica Jones, and Iron Fist all joining forces against a common enemy. But while the series will be forging new relationships amongst characters who have never met before, it will also be reuniting others with figures from their pasts. Luke and Jessica will be crossing paths for the first time since their breakup while Matt Murdock will come face-to-face with a not-so-dead Elektra. But what other characters will be popping up on the show? Will the Punisher be in The Defenders?

The Punisher, whose real name is Frank Castle, made his first appearance in Season 2 of Daredevil. Though he was presented as a revenge-crazed violent killer, the audience's understanding of Frank deepened over the course of the season as more was revealed about his life before he took on the Punisher mantle. In fact, he proved popular enough to land his own self-titled spinoff series, which is actually the very reason why Frank won't be showing up in The Defenders. Apparently the people behind the scenes feel he's a character who works much better on his own. And quite honestly, I'd say most fans would have to agree with that sentiment.

At San Diego Comic Con, VP of Marvel Television Jeph Loeb told Collider that he didn't think there was a place for the Punisher in The Defenders, especially going forward. "We haven't gotten to that place, I don't know if there will be a Defenders 2," Loeb stated. "I think one of the things that is unique to The Punisher, and particularly to Jon Bernthal's performance, is that that character can stand alone." Though Loeb also went on to explain that a crossover could happen eventually... just not right now:

If fans are missing Frank Castle too much, then hopefully they don't have long to wait before he's back on their screens. The very first glimpse of his solo series was released in a Stan Lee-narrated promo for all of the Marvel Netflix shows, and it promises that the Punisher will return in Fall 2017 to continue his swath of bloody vengeance.