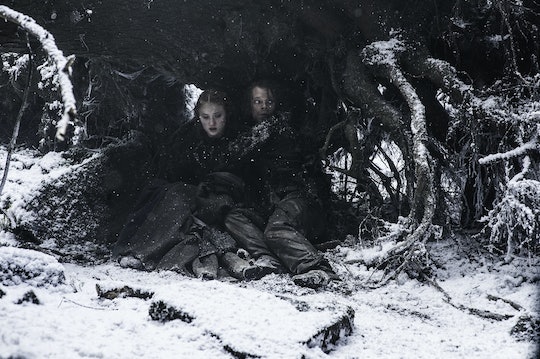 Will Theon Return To The Iron Islands On ‘Game Of Thrones’? It's His Home

It was a huge relief when Theon and Sansa were finally able to escape Ramsay Bolton's evil clutches on Game of Thrones, but their journey together ended up being a short one. Now that both of them are free they have to seek safety where they can find it. Sansa wants to go to Castle Black to be with Jon, where Theon can take the black and be forgiven for his actions. The problem is Theon doesn't want forgiveness. So where will Theon go? Will Theon return to the Iron Islands on Game of Thrones?

It is his home, after all, and Theon seems intent upon finding his way back there. After he and Sansa have a heart to heart about what to do next, Theon says straight out that he wants to go home right before the camera cuts to a scene at the Iron Islands. The connection is pretty obvious. The only question is whether Theon's family will want him back. The Greyjoys aren't exactly the warm and fuzzy type, and Yara was scoffed at for searching fruitlessly for Theon. While she may be happy to see her lost brother again, the rest of the family might not be quite so welcoming.

It's also up in the air how Theon will find his way there, especially with Ramsay on his trail. Once he leaves Sansa, he also loses the protection of Brienne (and Pod!), which means Theon might be traveling a big distance all on his own without anyone to look out for him. Theon appears to be doing a lot better now than he has been for the last few seasons, but he's also not totally recovered from his intense and horrifying trauma; a big journey might prove too much of an undertaking. Theon could find a way to get word home, but that feels like a little bit of a long shot.

However, even with everything working against Theon, his journey back home to the Iron Islands does seem like it's one he'll undertake successfully. The Greyjoys are going to be more prominent in season 6, with some major family members cast (like Theon's uncle Euron) who will likely play big roles going forward. Part of Theon's character arc concerns not just getting away from Ramsay but also finding himself again in the wake of all that has happened to him. Connecting with his roots is a good place to start, and the show seems primed to explore that.