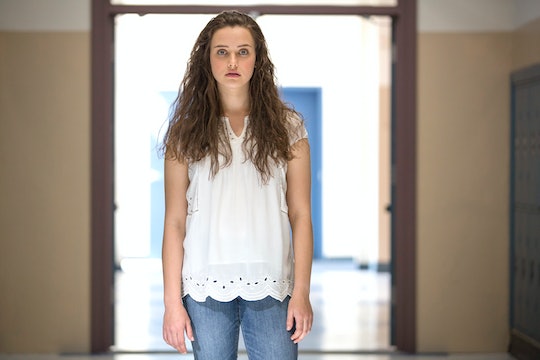 More Of Netflix's '13 Reasons Why' Could Happen

Depicting the story of a teen girl's mysterious suicide — and the boy she's tasked with carrying out her final wishes, by distributing cassette tape recordings to the 13 people she believes had a hand in driving her to her death — 13 Reasons Why has been a self-described passion project for executive producer Selena Gomez. But with all the hype about the show, which (per Netflix's usual system) is set to release all 13 episodes at once on March 31, fans are already wondering about the show's future. Will there be a 13 Reasons Why Season 2?

Following the intertwining stories of Hannah Baker, the girl who committed suicide, and her friend Clay Jansen, who is attempting to untangle Hannah's titular reasons why, the show is based on a bestselling 2007 YA novel of the same name. Written by Jay Asher, the story is self-contained within one book — there are no sequels or prequels (as of yet, anyway). When Netflix made its casting announcement for the two leads (Goosebumps star Dylan Minnette plays Clay and Australian newcomer Katherine Langford plays Hannah), Deadline also referred to the show as a "13-episode series," which certainly sounds as though it will most likely be a one-and-done type situation.

Interestingly, the adaptation was originally set to be even shorter — it was first set to be adapted as a film (starring Selena Gomez), before the project was brought over to Netflix and became a show. In an interview with Publisher's Weekly, Asher voiced his opinion that an episodic format (rather than a feature) was the correct way to go when bringing the project to life in a visual medium — and it even allowed the creators to "broaden" the story. "With the TV series, Clay takes several days to work through the tapes, which brings confrontations with other characters, and storylines develop between those characters. I think it’s the most powerful way to tell the story in this medium," Asher said. "Had we pushed for a feature film, it would have required us to emotionally condense too many of the stories Hannah tells."

Given that Asher says the story as told in the show was expanded beyond the source material, it probably means that there's simply no more material to mine for a second season. But for what it's worth, Netflix specifies that the upcoming debut batch of 13 episodes is "Season 1" of the show — which, to me, logically seems to suggest the possibility of a second season. I'm not sure whether this is how Netflix typically bills its limited series and miniseries shows that are meant to wrap up with one batch of episodes, but it does leave room to hope.

Theoretically, the show could continue off of one of the "expanded" plot points if it did move forward with a follow-up season, but fans won't know about that either way for a while. In the meantime, do what I'm doing and keep on rewatching the series' official trailer ahead of the show's March 31 premiere.

I'm already so into this show — personally, my fingers are crossed for the story to somehow find a way to continue.