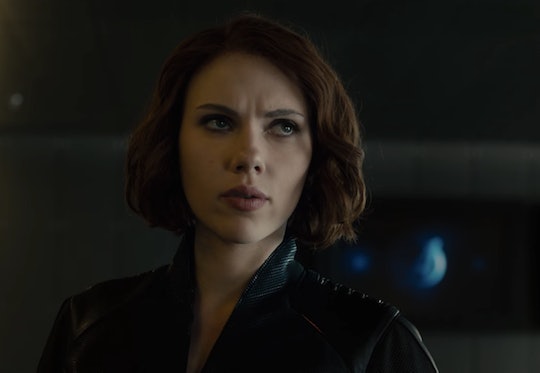 Will There Be A Black Widow Movie? Marvel Says Maybe

Marvel fans, get excited. There's a Black Widow movie coming your way. Maybe. In a recent interview with Deadline, Marvel president Kevin Feige hinted at a standalone Black Widow film, which fans have been adamant in requesting ever since Scarlett Johansson rocked the Natasha Romanoff role in Iron Man 2. Will there be a Black Widow movie? Only time will tell, but the odds look good.

When asked about the possibility of franchising several characters, Feige told Deadline:

Of the characters that you’ve just mentioned, I would say certainly the one creatively and emotionally that we are most committing to doing is Black Widow. We think she’s an amazing character. We think Scarlett Johansson’s portrayal of her is amazing. She’s a lead Avenger and has amazing stories in her own right to tell that we think would be fun to turn into a stand-alone franchise.

It's about time. After all, Johnasson as the Black Widow been in several Marvel films since Iron Man 2 — they've managed to fit her into The Avengers, Captain America: The Winter Soldier, and Avengers: Age of Ultron. She's a strong supporting character who could be a fantastic lead. So why the wait?

All those screaming Black Widow fans might want to hold up for a second. As it turns out, Marvel has already announced the next ten movies it's making, all the way up until 2019. According to Feige in the Deadline interview, "We’ve announced the next nine movies, 10 counting Civil War, through the end of 2019. Where we go beyond that are ongoing discussions that we’ll focus on in the next few years because we have a lot to do before then." In other words, there's no Black Widow in the foreseeable future.

And while Feige's comments about "committing" to Black Widow sound promising, there's been a lot of talk with no walk in the past. Back in 2010, when Feige was asked about a Black Widow standalone during a Q&A, he said, "We’ve already started discussions with Scarlett about the idea of a solo movie and have begun putting together concepts, but The Avengers comes first."

In 2014, Feige further pushed the importance of the Black Widow in the Avengers franchise, according to Entertainment Weekly, basically saying her role in The Avengers was too large and crucial to consider pulling her out of it for a franchise of her own. However, that was a couple of years ago, and things may have changed since then, since fans continue to call for a Black Widow franchise.

If Deadpool's box office numbers and the popularity of Jessica Jones aren't enough to convince Marvel that a female superhero is an appealing prospect, I'm not sure what is. For now, fans can cross their fingers that Feige and the Marvel team are actually planning a Black Widow movie — and continue to tweet up a storm of demand for it.