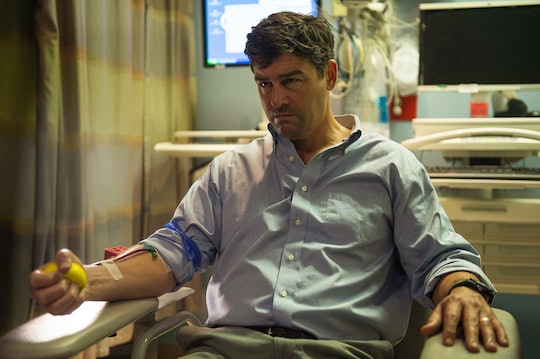 It's Time To Say Goodbye To 'Bloodline'

The third season of the critically acclaimed thriller series Bloodline is almost here and fans can't wait to find out what happens next with the Rayburn family. The second season ended on a cliffhanger with all of the family's secrets on the verge of being revealed, a murder, and the show's anti-hero seemingly running away. While fans prepare for what will probably be another amazing season, they also can't help but wonder will there be a Bloodline Season 4? Unfortunately, the third season will be the last.

It was announced last fall that the third season would be the final season of the Netflix original series, shocking fans and critics alike. The show has seemingly done well earning one Emmy win, two Emmy nominations, and a Golden Globe nomination for members of the cast. However, Netflix doesn't release ratings so it's possible that while the show was well done, it may not have gotten the views that the streaming service had hoped for. Or maybe it just felt like the Rayburn story should come to a close.

Whatever the reasoning behind the cancellation, it's definitely disheartening, especially because Daniel Zelman, who co-created and executive produced the show with Todd A. Kessler and Glenn Kessler, admitted early on that they had plans for up to six seasons of the show. With the cancellation, that plan was cut in half.

Still, Todd A. Kessler told Variety that they were able to pull together everything they wanted to and they're "excited" about the third season and how it concludes. "The final episode is one that's going to be both intriguing and deeply satisfying for fans of the show," he said. Fans shouldn't expect the Rayburns to get a happy ending, however. "It doesn't end in a sentimental way," he revealed. "It doesn't end with everything all wrapped up. But there aren't dangling threads at the end."

In other words, anything could happen in these final 10 episodes and just like with the rest of the series, fans should be prepared to be surprised.

The final season will also include the return of Danny, the eldest and now-deceased Rayburn son, who was killed by his brother John. Kessler confirmed that he will make an appearance in the final two episodes, though of course he didn't say how. Will this be in the form of a flashback or will some sort of Ghost Danny reach out from beyond the grave? Fans will just have to wait and see, but Kessler teased in the same Variety interview that "it’s something we’ve never seen with him and this character in this series so far."

Obviously, Season 3 will be a great season and while it's sad to see this amazing series come to an end, at least it'll be going out with a bang.

Bloodline Season 3 begins streaming on Netflix on Friday, May 26.