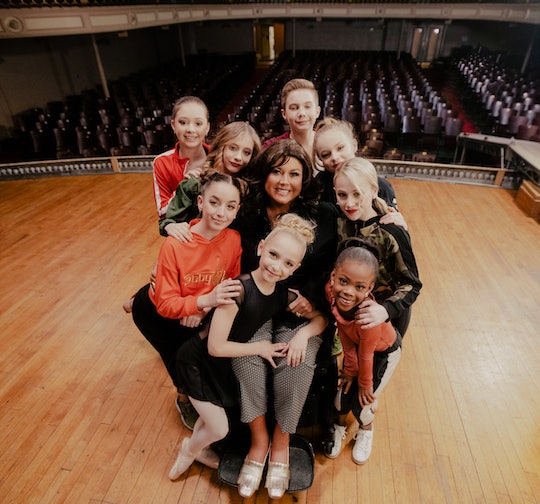 What's Next For The ALDC After 'Dance Moms' Season 8 Finale?

Abby Lee Miller returned to Lifetime this year after a cancer battle that kept her off the dance floor for about two years. Changes in her mobility didn’t change her attitude or the expectations of perfection she has for her team. Season 8 had just as much drama as ever — so will there be a Dance Moms Season 9?

I know that Lifetime has yet to confirm Dance Moms fate, per a statement obtained by Women’s Day. The ratings of the show in Season 8 have been lower than in previous seasons, but that’s to be expected following a hiatus. The show had to rebuild an audience with an all-new cast of kids and without the star power of names like Jojo Siwa and Maddie Ziegler.

If you’ve been watching Season 8 of Dance Moms you know the new cast of kids is very talented in their own right. Plus, it’s not uncommon for networks to wait until a few months after a show’s season finale to announce whether it will return. So, I’m not as worried about whether the show will return as I am about the fact that the ALDC is headed to nationals on the season finale.

Abby has more to prove at nationals than ever before, and she’s putting the pressure she feels on her dancers, as seen in the 30-second Dance Moms Season 8 finale preview. “People doubted me. I want to prove them wrong,” she says. But according to her, the only way to do that is to win because she says, “If you don’t win the nationals, nothing else matters.” The stress is so much that Abby appears to leave the venue of the nationals competition at one point in the episode. But hey, teachers are allowed to get nervous for their students. So, maybe her storm-out isn’t fueled by anger.

As hard as Abby is on her dancers, she’s proud of their work. That’s no more evident than when an episode of Dance Moms fails to feature footage of her kids' winning performances. For the competition featured on the Aug. 20 episode titled “The Return of Studio 19” Miller choreographed two dances — a group number inspired by Bob Fosse and solo about a black widow spider for Lilliana — both cut for time.

In an Instagram post from Aug. 22 Abby posted pictures of the group dance and Lilliana dressed in her black widow costume and wrote, “When we all work so hard on a Spectacular routine that wins the whole damn competition & they don’t air it!!! Grrrrrrrr!” She also had some choice words about the network’s decision to air footage of her dancers’ moms fighting with the moms on a rival dance team.

I totally understand her frustration, but I also understand the network is constrained by fitting the episodes into tight time slots. Sadly, that means tough cuts are inevitable. Lifetime does have a section of full dances on the Dance Moms website. It doesn’t feature Lilliana’s solo yet, but thanks to YouTube, you can watch that, too.

The Dance Moms finale is two hours long. So hopefully there is no juicy drama or beautiful dancing on the cutting room floor for the rest of Season 8. Cross your fingers Abby can go on fighting her battles on Season 9, too.