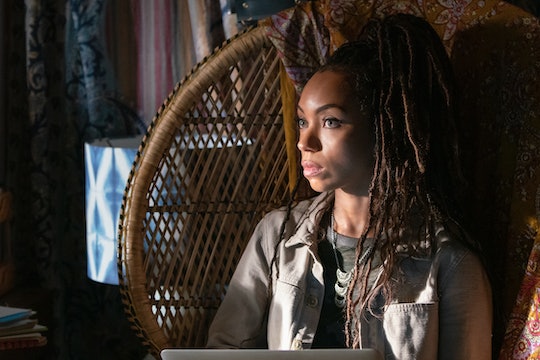 Season 2 of Dear White People ended with a major cliffhanger, and fans have been anxiously waiting to see what happens next. Luckily, Season 3 just premiered on Netflix, and it’s picking up right where the story left off. As fans get ready to spend their weekend diving into the new season, many are already looking ahead and wondering if there will be a Season 4 of Dear White People.

Unfortunately, as of now, Netflix hasn’t announced any plans for a fourth season, but fans may get renewal or cancellation news in the next few months. Unlike the majority of broadcast and cable TV networks, Netflix doesn’t release its ratings information, so it’s hard to tell why they renew or cancel their shows. However, that being said, if Dear White People does well in terms of viewership and buzz, there is a good chance it will come back for another season next year.

The series follows a group of black students, led by outspoken activist Sam White (Logan Browning), and their experiences living on campus at at a predominantly white Ivy League university. Sam is the host of a university radio show called Dear White People, and she uses her platform to highlight the racism and microaggressions she sees on campus. Season 1 found Sam and her friends dealing with racial tensions after white students threw a blackface party on campus, and in the second season, Sam found herself in the middle of a public Twitter feud with an alt-right racist troll.

The series brilliantly uses comedy and satire to highlight some of the critical social issues college campuses face everyday. In an interview with Out Magazine, showrunner Justin Simien revealed that Season 3 would put a spotlight on the culture of hero worship. He noted that many people will identify with a celebrity or artist who looks like them, but when something negative about them is revealed, they don’t know how to deal with it.

“With all the evidence in front of our faces that they done did something, we'll defend that person until a documentary on Lifetime is made, we don't know how to process it,” he told the outlet. “I really just wanted to walk us all through that, through how I was experiencing it, how all the writers were experiencing it, how the cast was experiencing it … All of the tangents we go off into, all connect back to that one idea. What are you going to do when the reason why you're there, the reason why you're in this space, comes up short? That's really what I'm putting a lens on this time.”

Along with highlighting new social issues, Season 3 of Dear White People features new additions to the cast. As reported by The Wrap, Yvette Nicole Brown, Flavor Flav, and Laverne Cox will guest star, while Blaire Underwood joins the cast as a beloved new professor, and series narrator Giancarlo Esposito finally appears as the head of the campus’ black secret society, The Order of X.

The future of Dear White People is still unclear, but fans can take comfort in knowing they still have a thrilling new season to dive into this weekend.