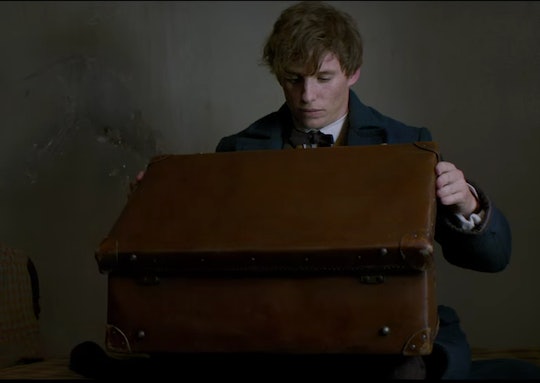 Will There Be A 'Fantastic Beasts' Sequel? Fans Are Anxious To Know

Harry Potter author J.K. Rowling just can't stop, and her fans love her for it. The seventh and final installment of the massively popular book series was published in 2007, and the eight movies the wildly popular series inspired helped turn Harry Potter into a brand that was valued at $15 billion by 2011. Since then, Rowling has explored the world of Muggle literature by writing The Casual Vacancy as well as the Cormoran Strike novels, a detective series Rowling originally introduced using a pseudonym. But she keeps finding her way back into the Wizarding world as well, supplying others who just can't let Harry go with additional reading material and tidbits through the fan site Pottermore. So it's not surprising that the movie Fantastic Beasts and Where to Find Them, based on a screenplay Rowling wrote, will premiere in theaters later this year. Considering Rowling's reputation for being prolific, it's reasonable to ask whether there will be a 'Fantastic Beasts' sequel as well.

During this year's MTV movie awards, which were held on Saturday April 9, but will be broadcast on Sunday night, actor Eddie Redmayne debuted a sneak peak of the film, which comes out Nov. 18. So far, we know that Fantastic Beasts is a Harry Potter spin-off and prequel set in 1920 New York City — but more importantly, we know it's likely going to be huge.

In the film, Redmayne plays magizoologist Newt Scamander, a wizard who inadvertently turns some rare and dangerous magical creatures loose into the city, which is full of American Muggles called No-Majs. While Warner Bros released an announcement trailer in December, a full trailer has remained as elusive as the film's fantastic beasts.

Rowling originally published the book version of Fantastic Beasts in 2001 as a sort of companion book for readers who were anxiously awaiting the release of the fifth book in the Harry Potter series, Harry Potter and the Order of the Phoenix. Although the book did not provide much of a story, written instead as a textbook by the fictitious Scamander that focuses on magical beasts and is used by the Hogwarts professors, it became a beloved favorite all the same.

Although the film will detail Newt's life and adventures for the first time, Harry Potter fans can expect to meet some favorites from the series on the big screen, like grindylows and pixies and even the treasure-seeking niffler that tore up Professor Umbridge's office. Katherine Waterston, Alison Sudol, and Dan Folger will also appear in the movie.

For now, Rowling has not made any announcements of or allusions to a potential Fantastic Beasts sequel. But considering the depth and breadth of her work, it's certainly more likely than not that more magical books and movies are headed our way in the coming years.

The 2016 MTV Movie Awards will air for the general public on Sunday at 8 p.m. ET. Perhaps all our questions will be magically answered, but Rowling will probably keep us guessing, and her plans under wraps.