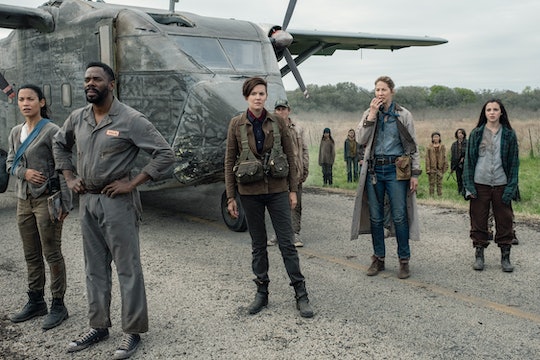 Fans are well into Season 5 of Fear the Walking Dead, and it doesn’t look like the zombie apocalypse is going to end anytime soon. As the show comes upon its mid-season hiatus, viewers will undoubtedly be left with a nail-biting cliffhanger to mull over. As the show rolls into the second half of the season, fans are wondering what the future holds for the series. So, will there be a Fear the Walking Dead Season 6?

As of now, AMC hasn’t announced a renewal for the series, but the network might do so later this year. Fear the Walking Dead is one of AMC’s most popular series, so odds are that it will get a sixth season. In a June press release, AMC revealed that the Season 5 premiere was watched by 3 million viewers, making it the third highest-rated cable drama debut for the current television season. After boasting viewership numbers like that, I would imagine AMC has plans to renew.

Right now, Fear the Walking Dead is going into its mid-season hiatus, so don’t get too freaked out when you don’t see a new episode next Sunday. In fact, fans will have to wait about three weeks before the show returns, with the second half of Season 5 premiering on Aug. 11.

Hopefully, before the show goes on hiatus, fans will get to see what happens to Alicia. In the penultimate episode of the season, she was exposed to contaminated blood from a walker, and that could mean that she’ll end up as another casualty of the series. At the same time, the survivors are facing a power plant meltdown, and they have very little time to get to the airplane and get if off the ground.

When talking to Entertainment Weekly, showrunners Andrew Chambliss and Ian Goldberg revealed that the mid-season finale will be one of the most thrilling episodes of the season. “In addition to the ticking clock of the impending plant meltdown, there are also a lot of balls in the air,” they explained. “All we can say is it’s going to be a nail biter of a mid-season finale that will put our characters in perhaps the most heightened, dangerous, and emotional situation they’ve faced yet.”

The showrunners also noted that the episode would also put some focus on the survivors on the other side of the mountain. “We’ve talked a lot about our people on the plane side of the mountain, but let’s not forget Sarah and Wendell on the other side,” they told the outlet. “We can tell you there’s a very exciting story for them in the midseason finale that will force these characters to dig deep and pull off seemingly impossible odds. Finally, if you thought you’ve seen the last of Logan, think again.”

So, as expected, the mid-season finale of Fear the Walking Dead will come with some pretty wild twists and turns. And while fans may find it hard to wait for news on Season 6, they can take comfort in knowing that they still have the last half of Season 5 to enjoy as their summer winds down.