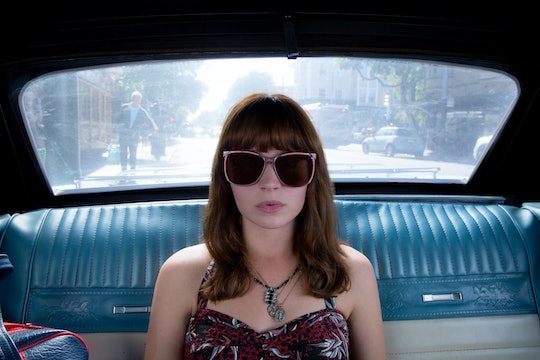 More Of Netflix's 'Girlboss' Could Be On The Way

Nasty Gal founder Sophia Amoruso has an amazing story about how she went from being broke to selling vintage clothes on eBay to starting her own business. It's why her autobiography #GIRLBOSS became a New York Times bestseller and has been turned into a TV series for Netflix. The show hit the streaming service on Friday, April 21 and just like most other Netflix shows, the whole first season is out all at once. But as soon as fans finish bingeing, they'll probably find themselves wondering if there will be a Girlboss Season 2. Right now it's future remains unclear. However, if the series is anything close to as successful as the CEO it's based on, there's no doubt it'll receive a second season pickup.

Netflix will obviously want to see how well Girlboss does before they decide to renew it, however in an article for InStyle, Amoruso said she has her "fingers crossed for Season 2." The show was written by Kay Cannon — who wrote Pitch Perfect and both it's sequels — and executive produced by actress Charlize Theron, so it definitely has the foundation for being a great show. It stars Britt Robertson as Sophia and loosely follows Amoruso's true story. Based on the trailer, the first season will focus on Sophia as she starts to make money by selling clothes on eBay only to have that business fail. She then decides to start her own site, which becomes Nasty Gal.

It's unclear just how far into Amoruso's life the first season will go, but in the same article with InStyle, Amoruso herself said she'd be watching "the last decade of my life play out on TV." Even with it spanning over the course of 10 years, though, it's unclear if the show will touch upon Nasty Gal filing for bankruptcy, which happened at the end of 2016. That could end up being saved for the potential second season.

The show also seems to touch on Amoruso's personal life, although how much of that will actually be based on what really happened is yet to be seen. In reality, Amoruso married musician Joel Jarek DeGraff in 2015 only for the relationship to end a year later. She's now dating an "old friend" as she revealed to InStyle, though she wouldn't name the guy.

You can learn all about Amoruso by reading #GIRLBOSS and her other book Nasty Galaxy, which was released last year. You can see the fictional representation of her life when Girlboss becomes available for streaming on Netflix on Friday, April 21.