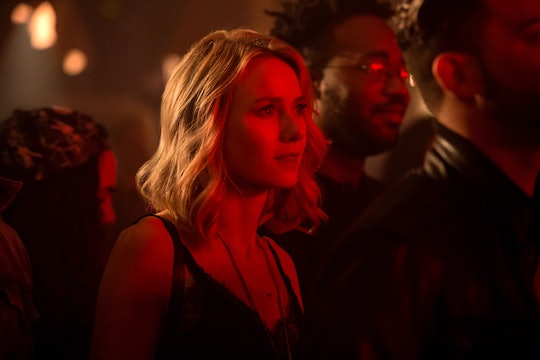 Netflix seems to be releasing new TV shows every week and this week is no different. Gypsy, starring Naomi Watts, premieres its first season on Friday, June 30 and it looks to be an interesting show. The 10-part thriller follows Watt's character, Jean Holloway, a Manhattan therapist with a picture perfect life. However, things get messy when she begins to develop intimate and illicit relationships with the people in her patients' lives. I'm already hooked and you probably will be too, but will it end at just one season or will there be a Gypsy Season 2?

Unsurprisingly, the fate of the show has yet to be determined, but if the series is as good as it looks, it'd be surprising if it didn't get renewed for a second season. Then again, Netflix seems to be on a cancelling frenzy lately, bringing both Girlboss and The Get Down to a close this year after only one season. Then there was the recently cancelled Sense8, which made it to two seasons.

Still, Gypsy has all the fixings to be a Netflix success. It has the superpower of Watts, an Academy Award nominee, as it's lead, alongside Emmy and Tony winner Blythe Danner, as Jean's mother. The show is also directed by Sam Taylor-Johnson who directed Fifty Shades of Grey and no matter your feelings on the book-turned-film, you have to agree Fifty Shades was a major success.

Besides that, the show also has a female antihero at it's helm, something that's very in right now. Additionally, the show's thriller and mystery aspect will surely draw viewers in the same way they were sucked into Netflix's other shows, like The OA and Stranger Things.

However, thus far the critics' response to the show has been mixed. While some outlets describes the plot as being too slow, there are others that praise Watt's portrayal of her character, so there's still a good chance that you'll end up loving the story. And if viewers love it, there's an even better chance it'll end up sticking around.

Anything's possible when it comes to TV, so you might as well at least give Gypsy a chance. Plus it's summer, so your TV watching options are a bit more limited than usual. Why not try something new? The more people that watch, the more likely the series will continue on.

You can start streaming Gypsy on Netflix starting Friday, June 30.