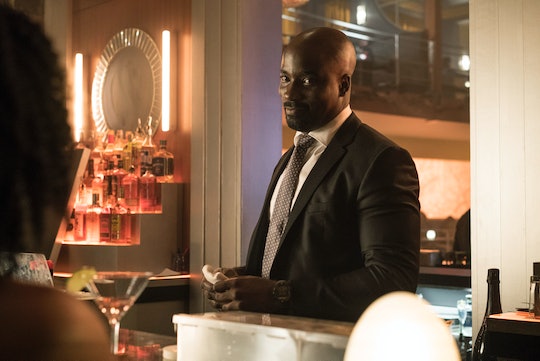 Will There Be A 'Luke Cage' Season 2? There's A Very Good Chance

The first season of Luke Cage hasn't even aired yet and fans are already clamoring for a Season 2. The new Netflix/Marvel show is getting a lot of buzz for a lot of reasons, number one being Mike Colter makes an excellent Luke Cage. His first appearance in Jessica Jones is what actually led Netflix to fast track Luke Cage so it could be released before the Iron Fist series; Colter's just that good. It seems Netflix, as well as fans, are a fan of Luke Cage so it seems a Luke Cage Season 2 is very likely. However, as of right now, Netflix hasn't ordered a second season, but that doesn't mean they won't in the future.

The Netflix/Marvel schedule is currently very stacked. After Luke Cage, the next project is Iron Fist, set to release in early 2017, and then The Defenders, which will bring together Daredevil, Jessica Jones, Luke Cage, and Iron Fist into one show and team. According to Screen Rant, Netflix also has follow up seasons to Daredevil and Jessica Jones on their schedule and a Punisher series, which is currently in development. To say Netflix/Marvel is a bit busy would be an understatement. Although the schedule is packed there's definitely room for a Luke Cage Season 2, especially if the first season does as well as it's expected to. It would be very surprising if Luke Cage didn't get a second season, especially because Daredevil already has one and Jessica Jones is scheduled for one.

If there is a second season, Luke Cage showrunner Cheo Hodari Coker has told Decider that there is a chance they'll dive into the Heroes for Hire, another superhero team that Iron Fist brings Cage into (in the comics anyway). The team includes Black Knight, Hercules, She-Hulk, and Ant-Man, who's played by Paul Rudd in the Marvel films. It'd be interesting to see Rudd crossover over from the Marvel films into a Netflix/Marvel TV show, something that hasn't happened yet. Still, this is a long way off and is all contingent on Luke Cage getting a second season.

Until Netflix decides whether or not to order a second season of Luke Cage the best we can do is watch the first season and tell everyone else to do the same.

Luke Cage will be released on Netflix on Sept. 30 at midnight PST.

More Like This
Yellowstone Season 5 Officially Has A Premiere Date
20 Family-Friendly Movies To Watch With Your Kids On The 4th Of July
Lauren Conrad Shares Experience With "Lifesaving Reproductive Care" After Ectopic Pregnancy
Sarah Michelle Gellar Is Facing A Terrifying Parenting Milestone: Sleep Away Camp