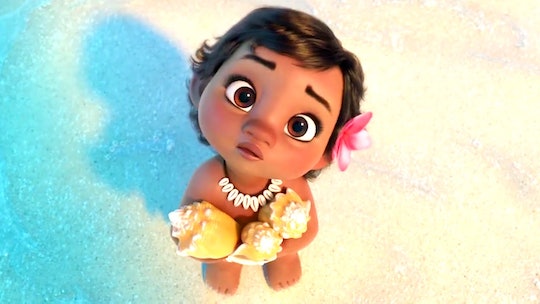 Will There Be A 'Moana' Sequel? Fans Can't Get Enough Of The Determined Character

Disney has given us plenty of sequels in it's time. The Little Mermaid 2, Mulan 2, Pocahontas 2, and an upcoming sequel to Frozen are only a few examples. Given this, and given the expected explosion it's newest film, Moana, will hopefully have, you may be wondering if there will be a Moana sequel. If you're anything like me, you fell in love with the hellbent Moana in the newest film, and can't wait for more. Unfortunately, you might have to wait — at least for now — since it's too early to know, but my fingers can't help but cross for a Moana 2.

The latest Disney flick has an adventurous plot. The young Polynesian princess must cross the ocean to find a demigod, Maui, and return the heart of Tafiti in order to save the island she calls home. A practically unheard of mission for a sixteen-year-old to take on, especially considering it's usually hard enough just to get a teen to wash a dish, let alone voyage an ocean.

On top of this, Moana sets out completely alone — well, at least she intended to. She has no Flounder, Mushu, or Timon and Pumba to talk to as she sails to find Maui. (OK, she has Heihei, but that was more a curse than a blessing.) Instead, she relies on herself to push her to faraway lands, constantly summoning inner strength needed to complete her task. It seems that she is more demigod than Maui himself with all of the strength she is able to muster again and again. Her well of determination never runs dry, while her film never fails to entertain.

Moana gives us plenty of catchy tunes to sing-a-long to at karaoke, fantastic characters to look up to, and a fast-paced plot. It leaves viewers inspired, and happy, feeling that anything is possible as long as you remember who you are, stay focused, and believe in your goals. Who wouldn't want more of these things in a sequel? Here are a few other reasons why a Moana sequel is necessary for mankind, or you know, me.

She's so badass, little girls need to see as much of this independent sparkler as possible.

I'd let them attack me, and then hug them for hours.

3. More Of Heihei & His Antics

Heihei is pretty brainless, but there's no question he has heart.

Because we didn't get enough of him in the movie.

5. More Songs I Can't Get Out Of My Head

Let's see what else Dwayne Johnson can sing.

I felt like I was in Hawaii the entire film. I can't always afford a plane ticket to paradise, but a movie ticket, I can do.

He shape-shifts similar to the Genie in Aladdin.

One of the best parts of Moana is that she was a fiercely independent woman. She shows audiences that a determined young woman's potential is infinite, and that's an awesome message.