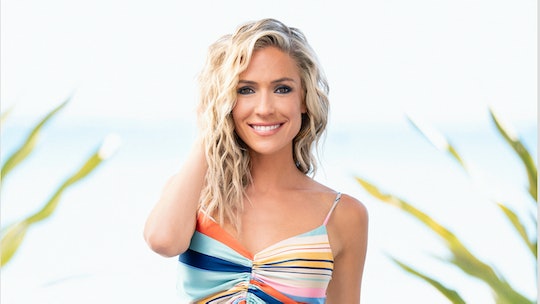 Dropping beautiful single people off on an island to hook up and win money sounds like the perfect premise for a reality TV show. In fact, it's been the premise of a few of them — with some distinguishing twists. FOX recently rebooted one that was quite popular in the early 2000s. So you might be wondering if there will be a Paradise Hotel Season 2.

I have sad news for fans, because the first season of the show has been condensed and the show has been cancelled. According to Heavy, the final episode of the show airs June 6. Because of low ratings the network went from airing the show Monday, Wednesday and Thursdays to exclusively Thursdays. So, it's been a rocky road from the start.

Also not in its favor? The show's host Kristen Cavallari does not believe you can fall in love on TV and she told Bustle as much in May. "I don't know that you can really go on a TV show to find love," she said. "I mean I know it's happened a few times but I think it's extremely hard to trust somebody. I think that obviously, if you're going on a TV show, there's other motives there than just trying to find love. So I think it just adds so many different layers to it that just become so complicated and stressful to me."

I won't lie — she has a point. There is a $250,000 motive on the show for the winning couple to fake it and then go their separate ways when the dust settles (though perhaps it wasn't the best idea to be so blunt about it when promoting a show selling the idea). But of course, Cavallari wasn't a contestant on the show as she married football player Jay Cutler in 2013. At least she had fun doing the job she was hired to do. "I sort of get the best job because what I do is I go in and I drop little bombs on everybody, and then I leave and watch it unfold," she told Bustle. "So it's fun, stirring is fun for me. It's not necessarily me messing with everybody, it's just ... you're moving the story along and you have their information, and so I get to constantly surprise them with new twists and turns which, makes for good entertainment."

Unfortunately, none of it was enough to save the show from cancellation. Of course there were plenty of fans who were disappointed in the decision.

There is perhaps a glimmer of hope for fans though. Because CBS is airing a U.S. version of the UK mega-hit show with a similar premise. Love Island will begin airing on Tuesday, July 9 at 8 p.m. ET. They're going big with it, too — the show will air five nights a week instead of three. I'm not quite sure how it will do after seeing Paradise Hotel crash and burn. But only time will tell if TV love conquers all.