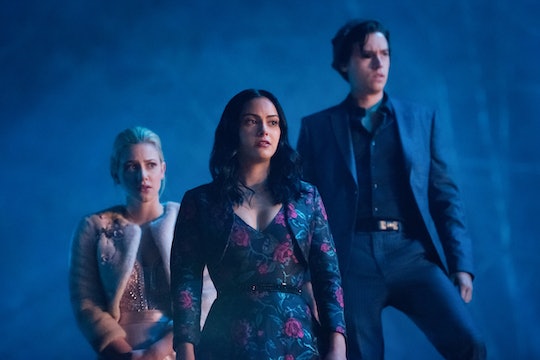 The third season of Riverdale has been a roller coaster ride to say the least. You’ve seen different versions of the Gargoyle King, a sexy new cult leader, underground prison fights, and a drug epidemic, all in the midst of the show’s budding and failing love stories. With the season ending on a cliffhanger, fans are wondering what the future holds in store. But will there be a Riverdale Season 4?

Luckily, Archie and the gang will be back for more drama next fall. In a press release, The CW confirmed that Riverdale has been renewed for a fourth season, and that’s great news for fans. There’s still much more to learn about Edgar Evernever and his cult pans, and viewers need to know why the Black Hood is back and terrorizing the town again. And of course, Varchie shippers are still holding on to hope that Veronica and Archie find their way back to each other.

But one of the most pressing issues Riverdale still has left to address is the absence of Fred Andrews. When actor Luke Perry tragically died after suffering a massive stroke earlier this year, the show was still in the middle of filming Season 3. Fans were counting on getting some closure for his character on the show this season, but it looks like Riverdale producers needed more time to get it just right.

In an interview with Entertainment Tonight, showrunner Roberto Aguirre-Sacasa revealed that Fred’s absence will be addressed at the beginning of next season. "We knew we had to honor Luke and address Luke's death on the show," he said. "When Luke had passed, we had already pretty much plotted out the end of this season and written the end of this season. Rather than try to squeeze something in and potentially not get it right, we thought, 'Let's take a beat and let's figure out really what would be the best way to honor Luke and to honor the character of Fred, and let's do it at the top of season four.'

He also told the outlet that fans can expect to see more of Molly Ringwald (as Mary Andrews, Archie’s mom) in Season 4, as she steps in to be the parental figure Archie needs in his life. "Luckily, Molly [Ringwald] was already slated to come, so we kind of just reflected and wanted to give ourselves the time to do those things right," Aguirre-Sacasa told the outlet. "We love Molly and we always love having her. I think she’s going to be a bigger presence next season for sure."

It’s nice to know that the show will pay tribute to Perry and his character next season, and I truly hope that it does him justice. With all the chaos consuming the town of Riverdale at every waking moment, it will be nice to see the series take a moment and honor the beloved character fans miss so much. There’s no official date yet, but if The CW sticks to its regular schedule, Season 4 of Riverdale should premiere in or around October of this year.