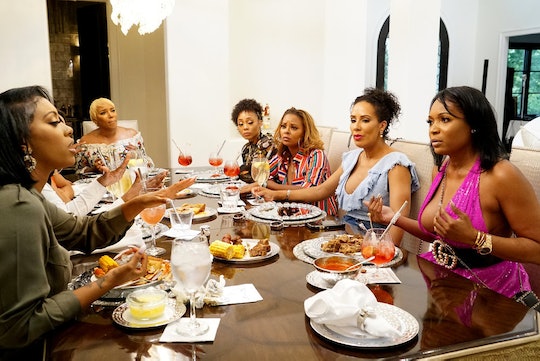 The Real Housewives of Atlanta has seen its fair share of drama, but the fighting in Season 11 seems to have taken a more serious turn. NeNe Leakes and Cynthia Bailey friendship took a huge blow, and Nene has unfollowed most of the cast on Instagram. All this drama has fans questioning the future of the show. So will there be a Season 12 of Real Housewives of Atlanta?

Bravo hasn’t made any official announcements about Season 12, but considering how popular the show is, it’s more than likely fans will get a new season. However, who will be on next season is a big question. Despite her beef with the rest of the cast, it would be hard to think that NeNe would leave the show willingly, because she has said she believes it’s entirely her show.

However, NeNe did make some suggestions on the kind of cast changes she’d like to see for Season 12. She called everyone on the current cast boring, and insisted that the show find some fresh faces. "If I was the person that was casting, you know what I would do,” she told E! News. “I would take a peach from somebody that's holding one that don't need to hold one, that's super boring, and give it to somebody else. I would mix it up. Half of the girls would be gone because they're so boring, child." NeNe added that she wouldn’t mind seeing Tamar Braxton join the cast next season, and that she would welcome the “not boring” and “opinionated” friend to the show with open arms.

It’s not clear how things blew up so fast. The Season 11 finale has NeNe upset with Kenya Moore for attending Cynthia’s party, claiming that the two, along with Kandi Burruss, intentionally sidelined her by keeping Kenya’s return a secret. Later, when Cynthia was heard telling her beau that she was in fact acting like she didn’t know Kenya was coming back, NeNe suspicions were confirmed, sending NeNe into an understandably angry state.

But NeNe also had issues with Porsha this season, which ended up trickling over to social media. In March, Porsha posted screenshots from a text message argument she had with Nene, She later deleted the post, but that was enough for RHOA fans to realize that their on-air beef was playing out in real-life. .

With all of the fights and drama on the show, there’s a good chance the show will return for Season 12, possibly with the same cast as this season. Time will tell, but until then, fans can keep their eyes peeled on the cast’s social media for clues.