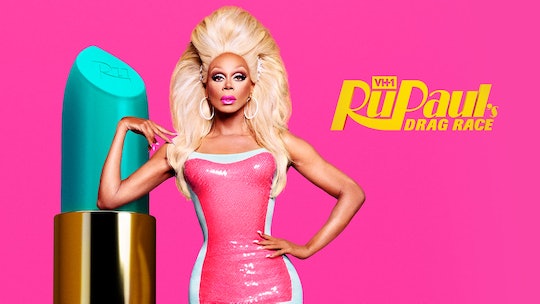 Once the confetti has stopped streaming and the music cuts off on the grand finale of RuPaul's Drag Race Season 11, you may find yourself bereft. What are you supposed to do every Thursday without a weekly dose of charisma, uniqueness, nerve, and talent? There's only one thing to do: wait for new episodes. But will there be a Season 12 of RuPaul's Drag Race?

It doesn't look like VH1 has officially announced the show's renewal yet, but RPDR has been running for so long that its continuation feels like a foregone conclusion. And there are some hints that the drag train is still merrily rolling along. World of Wonder, which is the company that produces the show, released a Season 12 casting call video on YouTube in January 2019. In the brief video, RuPaul announces that they're looking for showgirls, drag queens, or just gals with cha-cha heels and pussycat wigs. He directed interested parties to a casting application website that is now closed. It looks like the next season has already assembled a new crop of queens to dazzle and amaze.

If casting was officially underway several months ago, then it seems pretty likely that RPDR will be back for Season 12.

It's possible that the network wants to wait until Season 11 has concluded before they confirm Season 12, though that wasn't how they did things in the past. The Season 10 finale aired on Jun. 28, 2018, but Deadline announced the Season 11 renewal news a few weeks before that on Jun. 13. But they've also cut it close when it comes to announcements, too. Season 11 premiered on Feb. 28, but the official RPDR Twitter account didn't share the date until Feb. 8 — a mere 20 days before. Barely enough time to prepare all your viewing party wigs!

Luckily, it isn't too difficult to estimate a potential premiere date for Season 12. This is pure conjecture (I'm not trying to put words in VH1's mouth or anything), but the show does tend to follow a predictable schedule. It usually debuts a new season early in the year — January, February, or March. It typically finishes up by May or June. That means you might not be meeting the new queens until 2020. Quelle horror!

You could while away the hours by rewatching old episodes (a runway reveal never gets old, after all), but there is a chance that there might be something else to look forward to before the new season. There may be another installment of RuPaul's Drag Race All Stars soon. Though that hasn't been confirmed by VH1 or World of Wonder either, it would be the perfect thing to keep fans entertained until the mothership lands again. All Stars Season 4 only ended a few months ago in late February 2019, but its schedule has always been more erratic. If they could fit another season in before next year, fans would surely be grateful.

I wouldn't worry too much about the future of RPDR; I'm more concerned about how long the wait will be between seasons.