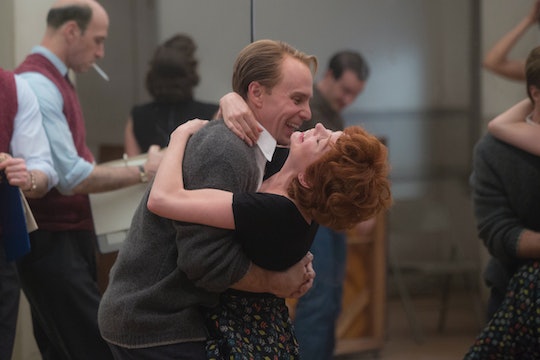 FX’s new series, Fosse/Verdon, tells the story of Broadway legends Bob Fosse and Gwen Verdon, and follows their personal and professional relationship. The show is getting a short, eight-episode run, and the finale is set to air on May 28. But fans aren't ready to say goodbye to these enigmatic characters, leaving many are wondering: will there be a Season 2 of Fosse/Verdon?

According to FX, Fosse/Verdon is a limited miniseries, which means it won’t be getting a second season. Based on Sam Wasson’s biography, Fosse, the show highlights Fosse and Verdon’s love affair and marriage, as well as their lasting impact on the entertainment industry. With their daughter, Nicole Fosse, serving as executive producer, the couple’s journey is followed from beginning to end with credible insight and authenticity.

When talking to FX, Nicole Fosse revealed that she was interested in telling her mom’s side of the story for Fosse/Verdon, because Sam Wasson’s biography only told her father’s side. "Wasson's book is only about Bob Fosse," she explained. "We had no real in-depth source for Gwen Verdon. [The producers] used multiple sources for information on Gwen Verdon but there's a lot less information available about her. I became a primary source for that information and I became a primary source for what the family life was like … because that's not included in the Wasson book. [Through this process] it became more and more important for me that my mother's story was told."

The series’ writers and executive producers, Thomas Kail and Steven Levenson told Collider in an interview that they were nervous about telling Fosse and Verdon’s story at first, but with Nicole’s insight, they were able to map out the details responsibly.

“You can’t imagine two more beloved, more iconic people than Bob Fosse and Gwen Verdon,” said Levenson. “We are walking in their footsteps – all of us – so to take on telling their story was daunting, to say the least, and made me feel a huge sense of responsibility. What I was most excited about was finding the humanity behind these idols, and peeling back the layers of sainthood and finding the living, breathing human beings that lived there. Meeting Nicole really crystallized that for me. This was not just the story of two ground-breaking artists, but it was really the story of these two fascinating people, who shared a life together and created astonishing work together.”

While covering the couple’s entire professional and personal journey in eight episodes was tough, the showrunners explained that an eight-episode framework allowed them to keep the story tight and meaningful. “We have a canvas that has a certain dimension, which is eight episodes, with a certain amount of minutes attached to each episode,” Kail told the outlet. “We use that as a guiding principle. It’s nice to have something drawn around it because otherwise you can go anywhere.”

So, there won’t be another season of Fosse/Verdon, but if you are still craving more of the couple’s fancy footwork and awe-inspiring performances, you can check out some of their famous films — including A Chorus Line, Cabaret, Damn Yankees, and Chicago — on Amazon Prime Video.